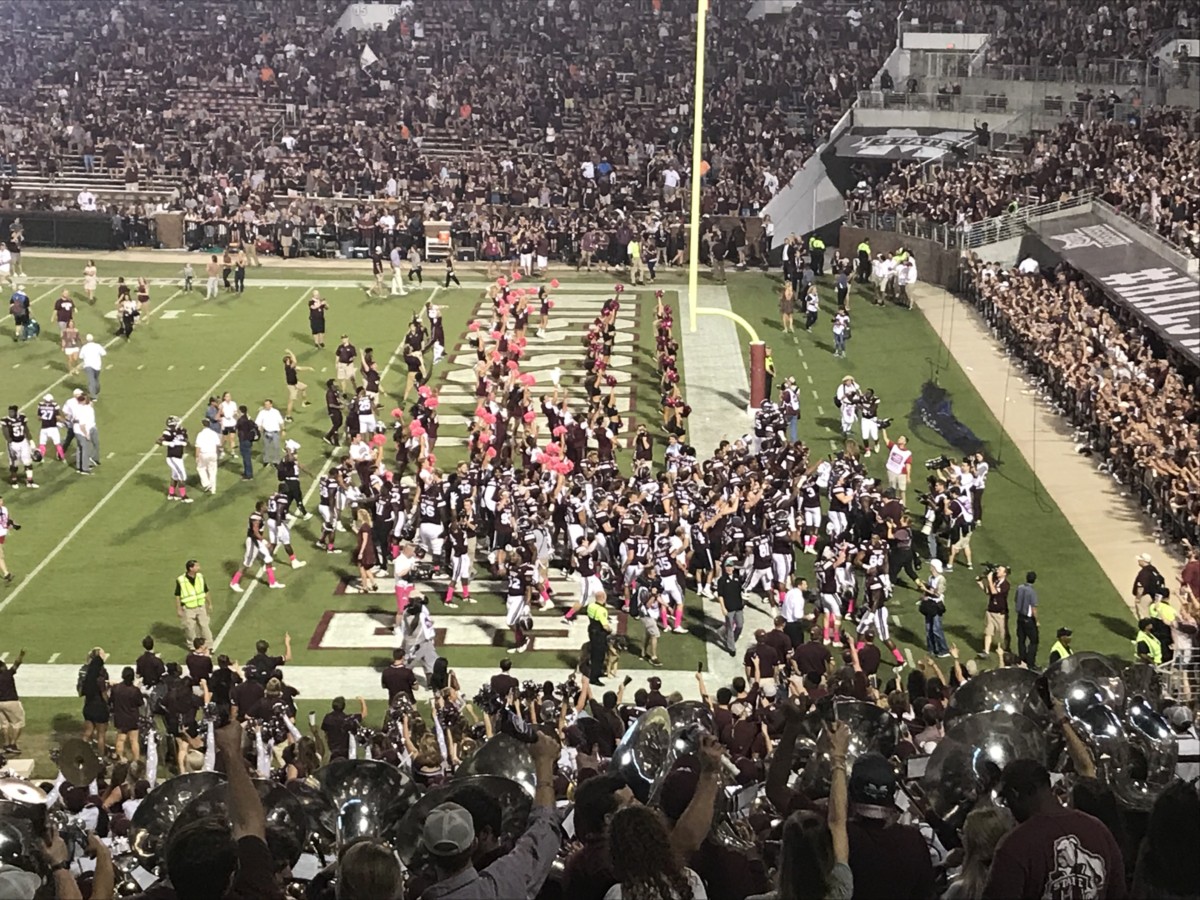 Following Saturday night’s upset of #8 Auburn, Mississippi State is back in the Top 25.

The Bulldogs are ranked #24 as they sit at 4-2 overall and 1-2 in the SEC. MSU was ranked as high as #14 following a 3-0 start but fell out of the rankings after losses to Kentucky and Florida.

In the team’s two losses, they got away from featuring the run, but against the Tigers, it was clear that MSU wanted to keep the ball on the ground. Led by QB Nick Fitzgerald, MSU rushed for 349 yards and only threw for 69 yards.

In addition to the ranking, two Bulldogs were also named “SEC Players of the Week”, including Fitzgerald and DE Montez Sweat. Fitzgerald rushed for 195 yards on 28 carries while scoring the team’s two touchdowns.  His performance helped him earn the honor of “SEC Offensive Player of the Week.”

Sweat couldn’t be stopped in the second half as he helped the MSU defense shut down the Auburn offense and kept them out of the end zone. Sweat had three sacks in the second half, forced a fumble and has now been named “SEC Defensive Lineman of the Week.”

Sweat became just the third Bulldog in the last 20 years to record three sacks in a game, and the first to do so in a conference game since Ed Smith did it against Arkansas in 1998.

The Bulldogs are now riding high heading into their bye week. After the off-week, they’ll travel to Baton Rouge for a meeting with #13 LSU.

The full top-25 can be seen below.