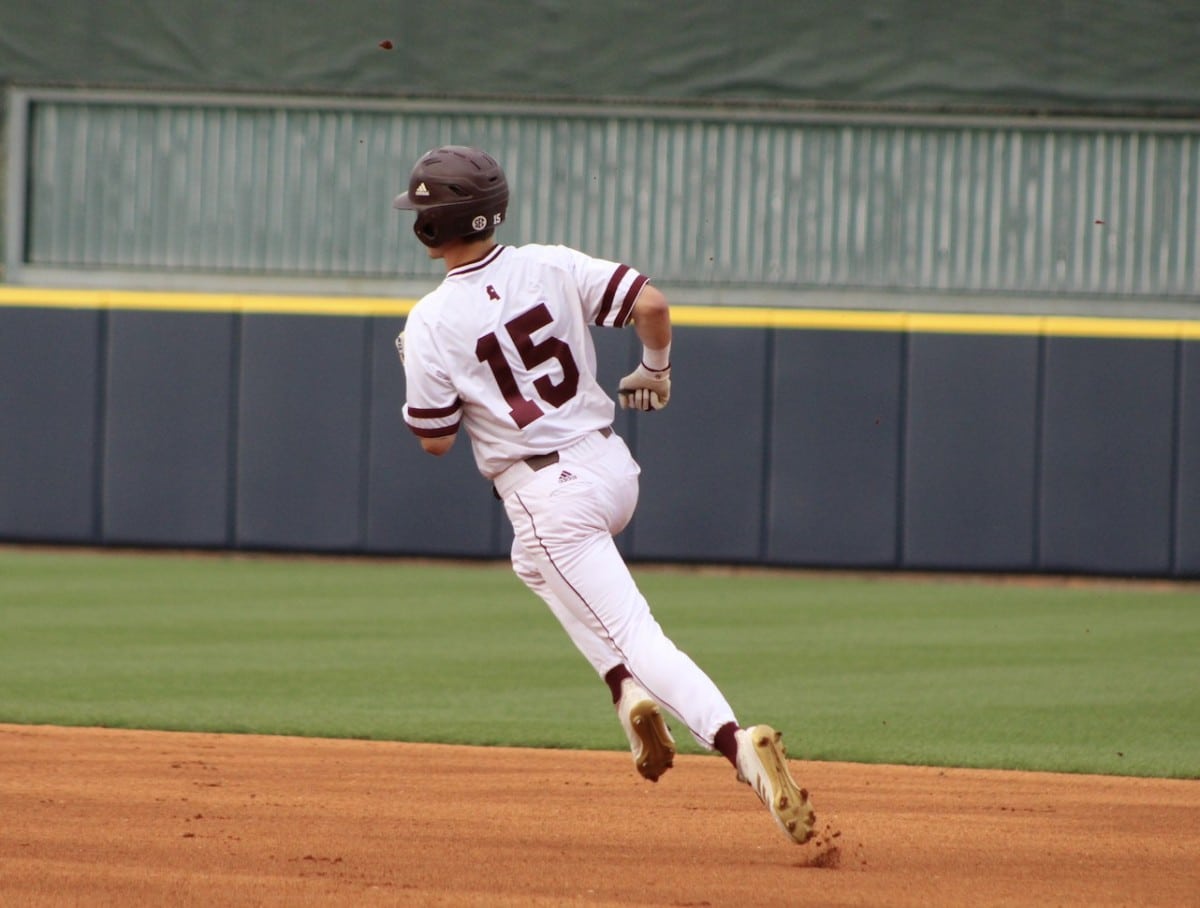 Mississippi State is one win away from the College World Series Final, and Oregon State stands in their way.

In game one in Omaha, the Bulldogs were caught up in a pitcher’s duel and could only score one run, it just so happened to be the only run scored in the game by either team. In game two, their offense exploded for 12 runs against North Carolina, thanks to 7 RBIs from Jordan Westburg. So which version of the MSU offense will show up today? We’ll have to wait and see.

Other than Westburg, no Bulldog had a multi-hit game on Tuesday, but the ability to get production from every part of the lineup could be a recipe for success against a worn-down OSU pitching staff. The grand slam was the catalyst for MSU on Tuesday, but they also showed the ability to take what they got at the plate and manufacture runs through singles during their big 8th inning. Surprisingly, Jake Mangum was hitless against UNC, so look for a bounce-back performance at the plate from the MSU leader.

The highlight of MSU’s time in Omaha so far has come on the mound. The Bulldog pitching staff has been lights out, and has only allowed two runs during the CWS. Ethan Small went 7.0 innings against Washington, and Konnor Pilkington followed that up with 6.0 strong innings against UNC. Ready to try to follow in their footsteps is senior Jacob Billingsley, who’ll get the start for State.

The bullpen has done their job as well, continuing the starters’ success. Cole Gordon is the only reliever to appear in both games, so the arms are fresh if they need them.

Oregon State is widely considered one of the top teams in college baseball and currently, hold an overall record of 51-11-1. Having already lost a game in Omaha, OSU faced elimination on Wednesday in their matchup with UNC. Trailing 6-3 late, OSU stormed back and scored 4 runs in the 8th and 9th innings to keep their season alive with an 11-6 victory. Much like the Bulldogs, OSU cannot be counted out even when trailing late in a ballgame. They were able to hit three home runs in the game, meaning that they have to ability to shift momentum with one swing.

In their loss to UNC to open the CWS, OSU was still able to score 6 runs but couldn’t overcome 3 errors. While not typically error-prone, if MSU can force the Beavers into a few of them, they could clinch their spot in the final.

With a win, MSU moves on. If they lose, the two teams will play in a win-or-go-home matchup. On the other side of the bracket, Florida and Arkansas will face-off with a trip to the final on the line.

Don Redmon from AAA on @TheJTShow