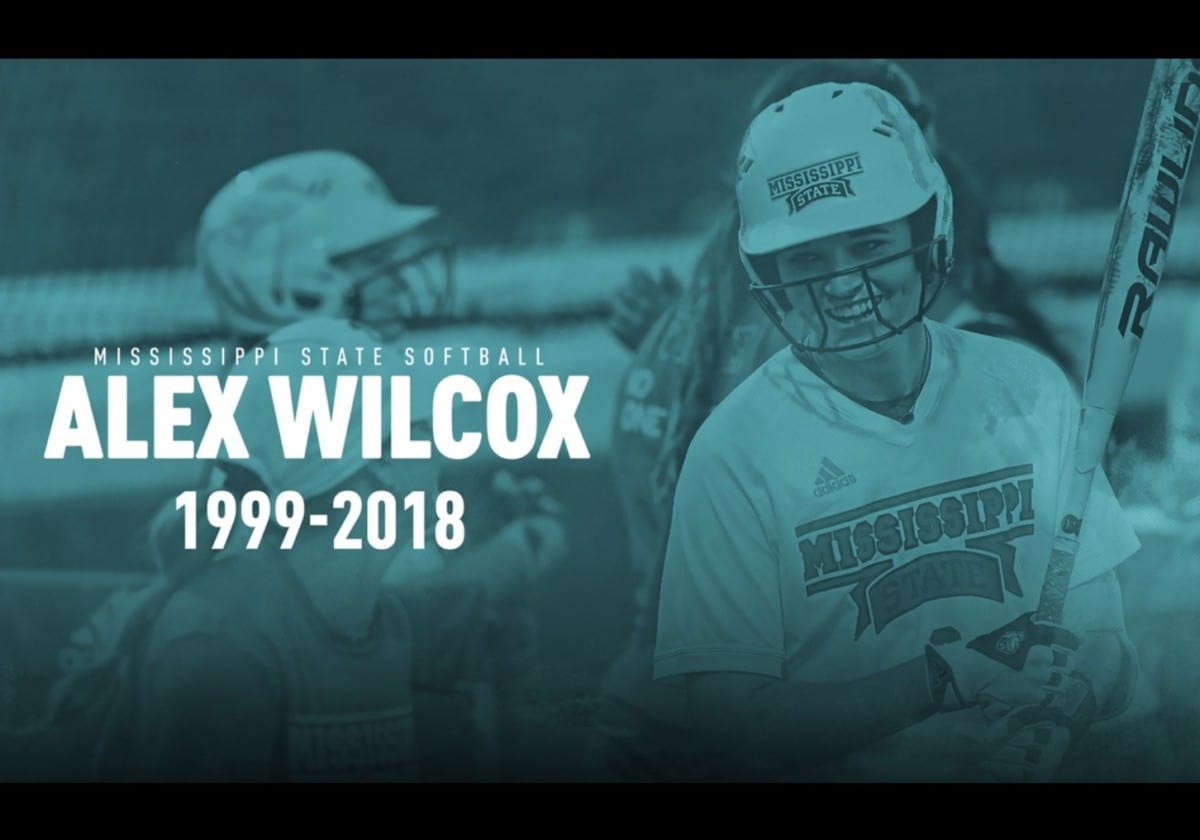 18 year-old Mississippi State softball player Alex Wilcox passed away in her hometown of Brantley, Alabama, on Monday evening. Wilcox inspired the softball community with her courageous battle with ovarian cancer.

Diagnosed with ovarian cancer in 2015, Wilcox defied the odds and continued to play softball throughout her treatments and help lead Brantley High School to multiple state championships. Wilcox signed with the Bulldogs in 2016.

The campaign sparked fire as teams across the Southeastern Conference and the country rallied around Wilcox by wearing teal and sending messages of love and support. For their selfless efforts to support, all 13 SEC softball programs were awarded the league’s Sportsmanship Award earlier this month.

“The bravest, most courageous young lady I have ever known went through the toughest battle with a smile on her face every day. The grace and beauty that she put forward while suffering this horrific disease was truly remarkable and nothing short of heroic,” said Stuedman. “Our hearts are broken for her family and all of those that loved her so dearly. The Mississippi State softball family will strive to humbly honor her warrior mentality and faith-filled heart. She will be forever missed.”

MSU Director of Athletics John Cohen said with heavy hearts they are saddened by the loss of their very own in Alex. He said she always had a smile on her face and a positive attitude.

“Her inspirational battle taught us that indeed no one fights alone. We will never forget her presence in the dugout, in the classroom and in the community,” said Cohen. “Our thoughts and prayers are with Alex, her family, her teammates, her friends and her Mississippi State family.”