The NAACP has released a statement calling for a change in the location of the NCAA softball tournament. The tournament is scheduled for this weekend at the University of Mississippi.

They are calling for the change since Mississippi’s state flag still has the confederate emblem on it. They are asking the NCAA to extend it’s ban to all sanctioned events and relocate the tournament.

Here is their official statement below: 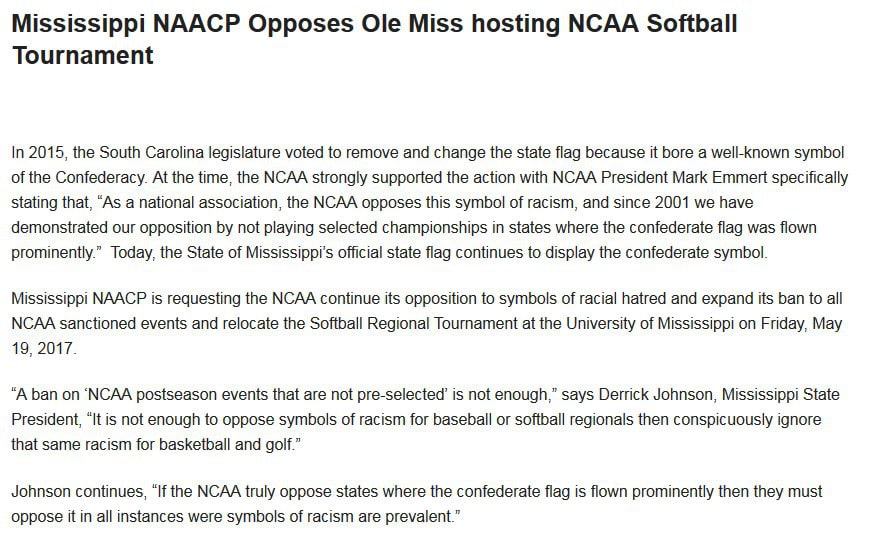 The NCAA has not hosted a “pre-selected championship” in any state that flies the confederate flag since 2001. This tournament does not fall within those guidelines.