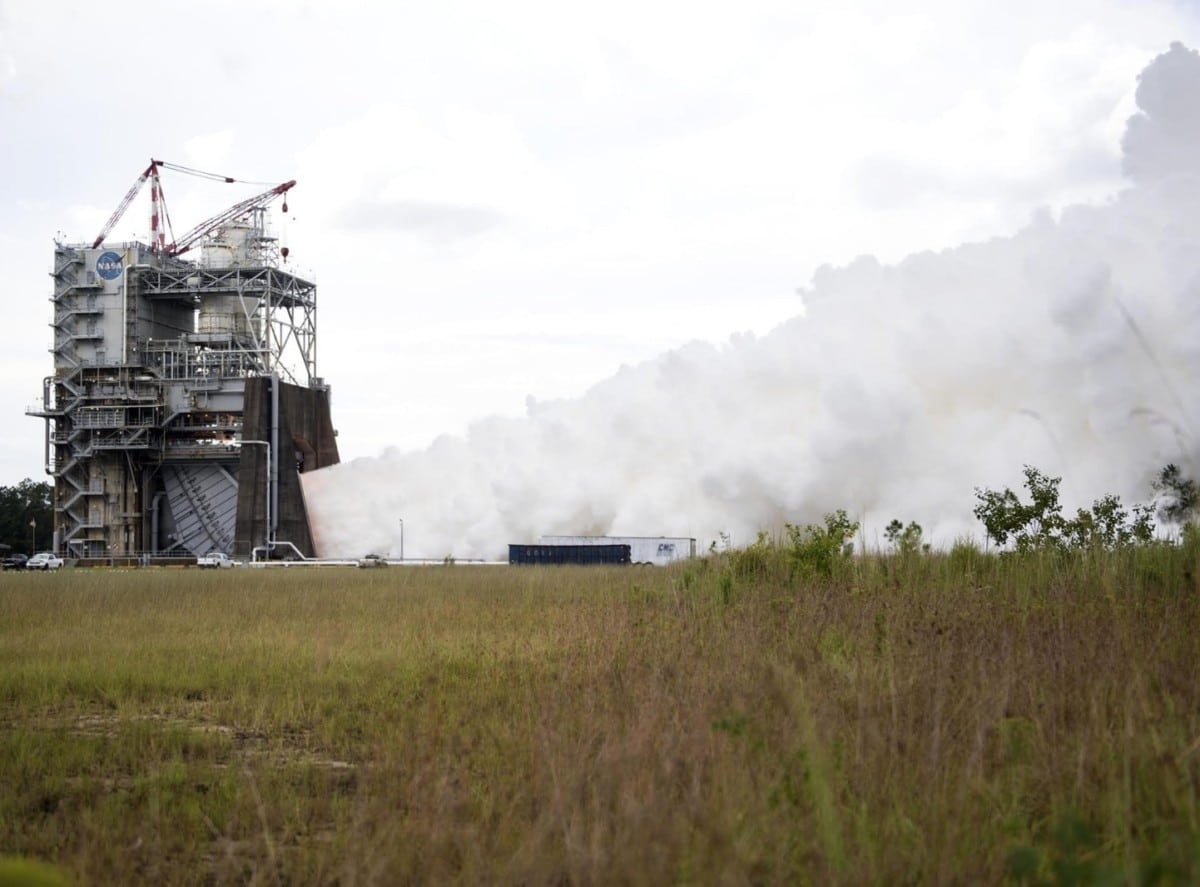 NASA stayed right on schedule with the third in a series of scheduled RS-25 rocket engine tests at Stennis Space Center near Bay St. Louis.

The successful hot fire of RS-25 developmental engine No. 0525 met all test objectives and featured several key elements, most notably an acceptance test of an engine flight controller for use by NASA’s new Space Launch System (SLS) rocket.

The hot fire also represented the seventh test of a 3D-printed pogo accumulator and the third test of a main combustion chamber fabricated using a bonding technique designed to save time and money. The flight controller units are a key component of the RS-25 engine, serving as the “brain” to help it communicate with the rocket and to provide control of its operation and internal health diagnostics.

The 3D-printed pogo accumulator assembly is another component that dampens potential propellant pressure oscillations that can cause a rocket to become unstable in flight. The main combustion chamber was fabricated using a bonding technique called  hot isostatic pressing (HIP), which saves considerable time and money over more traditional methods. The HIP process uses high pressure and heat to create bonds that can withstand extreme stress.

Engineers are testing RS-25 engines to help power the new SLS rocket, built to carry humans deeper into space than ever before, including to the Moon and Mars. Four RS-25 engines will help power the SLS at launch, providing 2 million pounds of combined thrust. The engines will fire in conjunction with a pair of solid rocket boosters to provide more than 8 million pounds of total thrust to lift SLS into orbit. NASA is testing all RS-25 engines and flight components for the rocket at Stennis, as well as the core stage that will be used on the first SLS flight.

All of the tests will feature flight controllers and specific objectives to test and evaluate engine capabilities and performance. RS-25 tests at Stennis are conducted by a team of NASA, Aerojet Rocketdyne and Syncom Space Services engineers and operators. Aerojet Rocketdyne is the RS-25 engine prime contractor. Syncom Space Services is the prime contractor for Stennis facilities and operations.