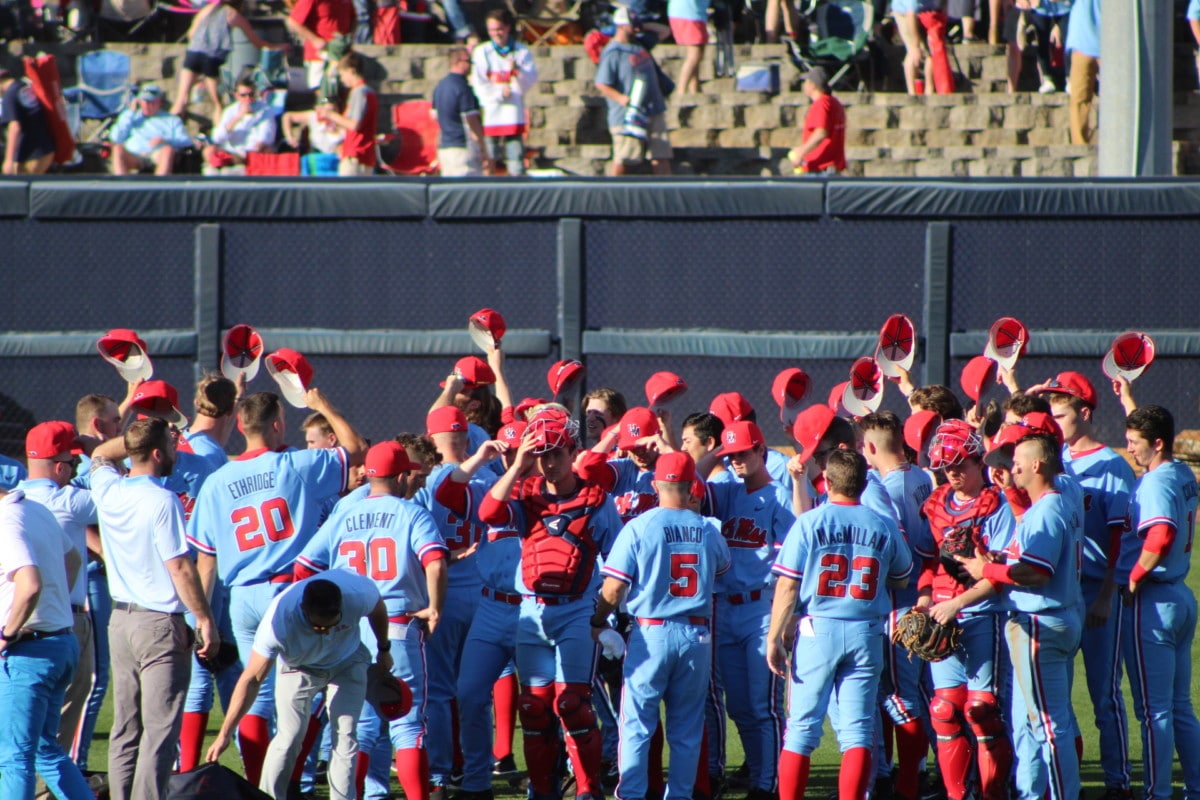 For the first time since 2006, Ole Miss has captured the SEC Tournament Championship by taking down LSU 9-1 in Hoover this afternoon.

After LSU picked up a run in the 1st inning, Ole Miss would take over from there. Chase Cockrell opened the scoring up for the Rebels in the 2nd inning and they would take the lead on a wild pitch in the 3rd. A run in the 4th inning made it 3-1 in Ole Miss’ favor, but neither team would break through in the 5th or 6th inning.

The 7th inning is where it all came together for the Rebels at the plate as they would put 4 runs on the board and put the game out of reach. With two runners on, Will Golsan stepped into the box and drove both runs in. The Rebels weren’t done yet, and Tim Rowe belted a home run to dead-center to stretch the Rebel lead to 7-1.

Head coach Mike Bianco knows that it all starts with good pitching, but he felt confident that the offense would eventually put some distance between his squad and the Tigers.

“Of course it starts on the mound, and Houston [Roth] was terrific. It took us a while to put some innings together, but of course, the offense came through eventually. The reason our offense is so good, isn’t because of one guy,” Bianco told the SEC Network.

For good measure, Michael Fitzsimmons homered in the 9th to make it 9-1. On the mound, Roth got the start and went 4.1 innings. Will Stokes was the next man up. Eventually, the Rebels’ ace, Ryan Rolison, came out of the bullpen and picked up the win. LSU loaded the bases against Rolison in the 6th inning, but he was able to get out of trouble without allowing a run.

Catcher Nick Fortes went 4-4 in today’s game and was named tournament MVP. After the game, he spoke of how he wanted to make an impact in Hoover, and also how the pitching staff rebounded after the opening loss to Auburn.

“I knew this was a big tournament for us, I mean we haven’t won this thing in a while, so honestly, I just wanted to do everything I can to help my team,” Fortes said. “Every game after that [loss] was just unbelievable. We’re so deep, and we’re so confident, and we have so much faith in those guys back there.”

An early blow came to the Rebels when SS Grae Kessinger left with an injury, but Anthony Servideo quickly showed that there wouldn’t be a drop off in the middle of the infield.

The Rebels will most likely receive a national seed, and they’ll host a regional at Swayze Field next weekend. They’ll find out who else is heading to Oxford when the tournament field is announced tomorrow.