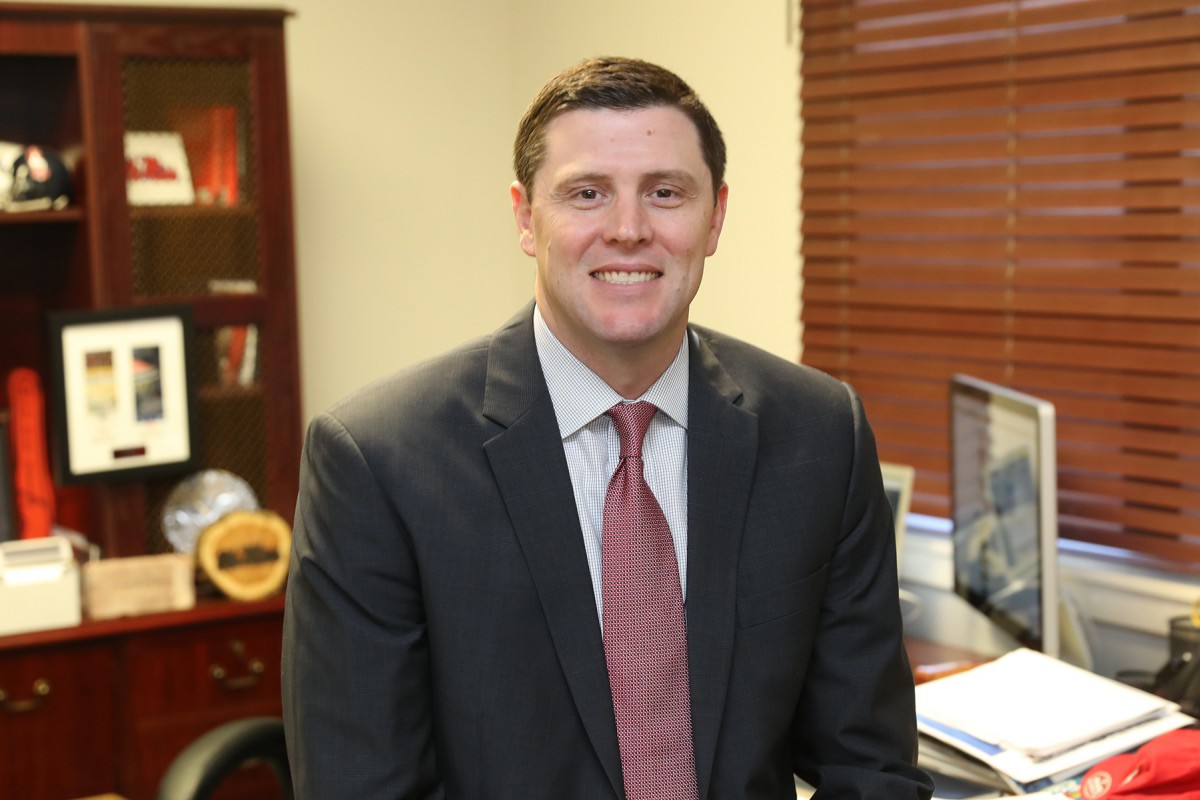 Interim Chancellor Larry Sparks made the announcement earlier today and said that Carter is already seen as a leader on campus.

“Keith Carter is a well-known leader with Ole Miss Athletics. He has succeeded consistently as a Rebel athlete, athletics administrator, broadcaster and fundraiser,” Sparks said. “His standing with Rebel fans everywhere will serve Ole Miss Athletics and the university well during this interim period.”

Carter has served as Ole Miss Deputy A.D. for Development and Resource Acquisition since February 2018. He is the Chief Revenue Officer for the athletics department while overseeing the Foundation and serving as the sport administrator for baseball and men’s basketball.

In the university’s announcement, Carter said that he’s up to challenge of leading the department during this time of transition.

“As a student-athlete and administrator, I have experienced tremendous heights at Ole Miss and share a deep passion for this university,” Carter said. “Our athletics department has great momentum, and I want to ensure that our program continues on its upward rise until permanent leadership is in place. With our outstanding coaches and staff and the support of Rebel Nation, Ole Miss is poised for big things, and I look forward to leading that charge during this time of transition.”

The AD opening became the second high-profile vacancy at Ole Miss, and it appears that a permanent AD will not be selected until a permanent Chancellor is in place.

“I had people close to the athletics department tell me that Larry Sparks will not make the permanent AD hire and that he feels like that would not be the prudent thing to do,” SportsTalk Mississippi’s Richard Cross said last week.

Carter joined the athletics department in September 2009 and has served as Executive Director for the Ole Miss Athletics Foundation since June 2012. He received the 2016 Fundraiser of the Year Award from the National Association of Athletic Development Directors (NAADD).

Under Carter’s guidance, the Foundation has experienced its four highest years for donations, including a record $45.6 million in cash contributions in 2015-16. During his tenure, commitments to the Forward Together capital campaign have increased from $62 to $180.8 million in cash and pledges toward its goal of $200 million.

Among the major gifts is a $25 million gift from Jerry “Doc” Hollingsworth, which included $10 million in cash, the largest gift in the history of the Ole Miss athletics department by a single individual or organization. Carter is also responsible for several other seven-figure gifts including a $3.7 million anonymous gift,  and a $2 million gift to the re-name the basketball practice facility to the Tuohy Basketball Center. He has worked with executive level staff to build the vision for facility growth through the Forward Together campaign, which included plans for the $96.5 million Pavilion at Ole Miss.

Carter joined the Ole Miss Athletics Foundation after spending the previous year with the UM Foundation, where he worked in donor relations and meeting the financial needs of the School of Business.

A four-year starter at Ole Miss, Carter helped the Rebels to a pair of Southeastern Conference Western Division titles in 1997 and 1998 and earned All-America honors after his senior season in 1999. The four-year starter received All-SEC first and second team honors in 1998 and 1999. He also won a gold medal as a member of the U.S. national team at the 1998 Goodwill Games. Carter played professional basketball in Italy from 2001 until 2008.