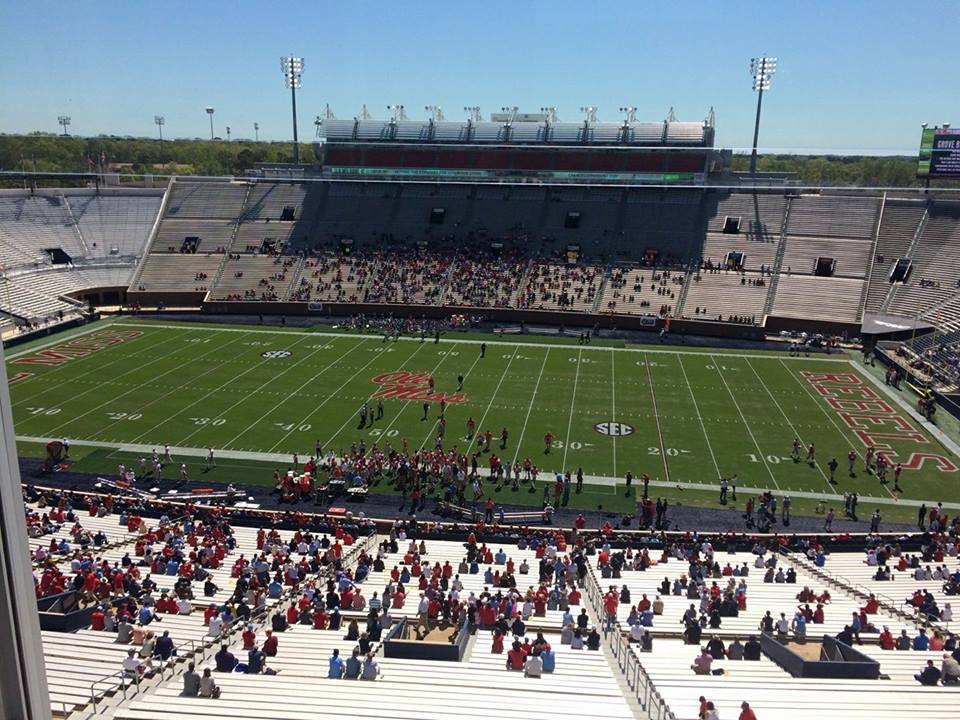 Saturday at Vaught-Hemingway in front of nearly 8,000 fans, Ole Miss wrapped up spring practice with the Regions Bank Grove Bowl. The offense edged the defense 31-29 behind quarterback Shea Patterson and Ole Miss’ receivers.

Sophomore Patterson completed 21 of 30 passes for 341 yards and two touchdowns. Sophomores led the way across the board for the offense. Both A.J Brown and Van Jefferson eclipsed 100 yards receiving while grabbing a touchdown pass. D.K. Metcalf finished just shy of 100 with 98 yards and hauled in the other receiving touchdown.

Ole Miss’ offense kicked off the scoring late in the first quarter. With 1:41 remaining in the first, Patterson found Metcalf on the left side for a 24-yard score. Metcalf showed his next-level athleticism by breaking away after the catch for the touchdown.

In the second quarter, Brown got behind the defense, and Patterson found him for a 76-yard touchdown. Just moments later, Jordan Ta’amu found Jefferson for a long touchdown of his own, this one going for 74 yards to pull the score to 27-21.

The defense began the contest with 27 points and added to that in the second quarter on an arrant snap over Patterson’s head that rolled into the end zone for a safety. The defense would take the 29-21 lead into the half.

After the half Gary Wunderlich picked up right where he left off from last season. The senior connected on a 30-yard field goal to shrink the defense’s lead to 29-24.

The defense showed its opportunistic side in the second half by holding the offense to a long field goal attempt that was missed and forcing a fumble. The forced fumble was on a hustle play by Cam Ordway, chasing down Metcalf and prying the ball loose.

With the offense down by five in the fourth quarter, Ta’amu orchestrated the Grove Bowl-deciding drive. A 1-yard touchdown run by the junior with 4:04 left gave the offense the decisive 31-29 lead.

With spring now over, the Rebels can begin to turn their attention to the season opener against South Alabama on September 2.

There’s an app for that: where can I carry my gun?

Schools and businesses closing due to weather