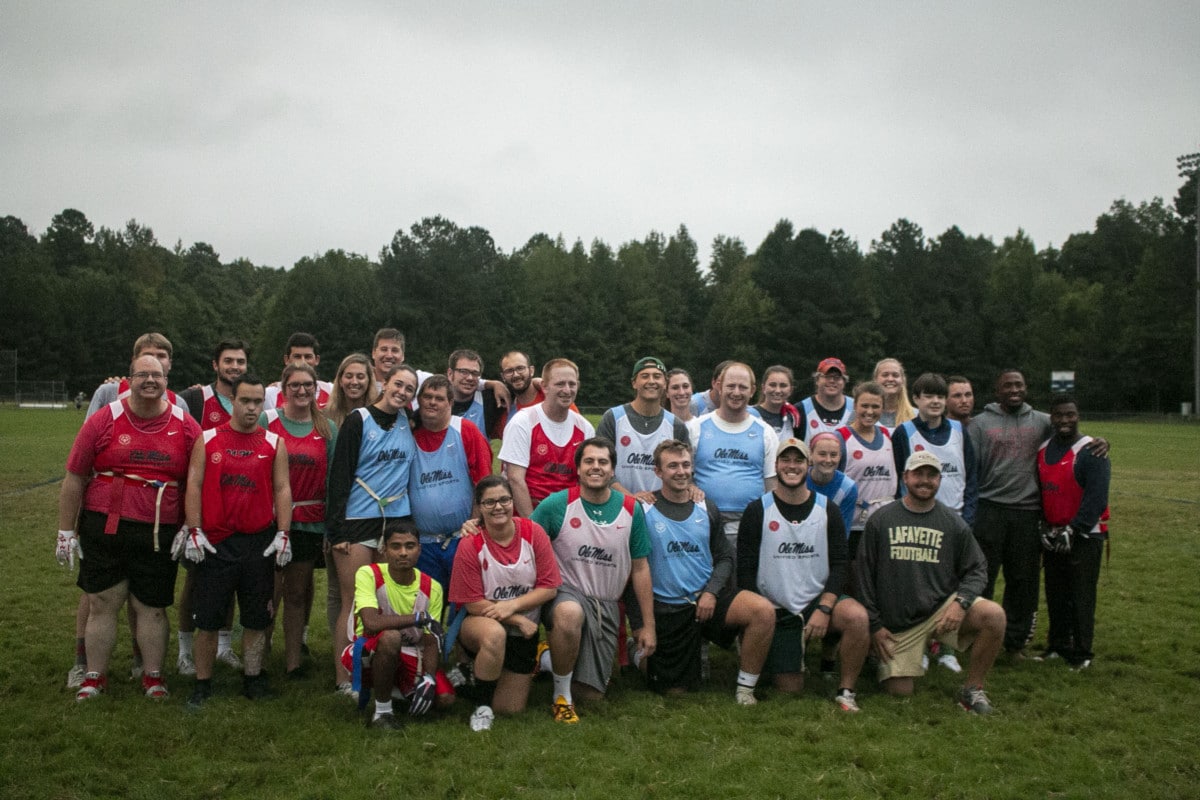 The University of Mississippi’s Special Olympics College Unified Sports team has been ranked nationally. After the team competed and was recognized on the national level this summer for winning the bronze medal at the Special Olympics USA Games held in Seattle, Washington in July.

“It was just a great opportunity to compete, but also enjoy ourselves in Seattle and build those relationships between the partners and the athletes,” said Amanda Alpert, associate director of campus recreation for programs, who serves as staff adviser for the club.

Madison Dennis is a Special Olympics athlete who strives to get better at the quarterback position and a member of the defense while playing Ole Miss Unified Football. She enjoys the atmosphere and said her favorite part is getting to play various sports and making new friends.

“I’m getting to meet new people and new partners and make friendships and we get to play with each other every day,” Dennis said.

The Special Olympics program at UM allows its athletes to make lasting friendships, play sports and compete on a national level.

Ole Miss changes the lives of the athletes and makes an everlasting impact by giving them a chance to play sports as part of a team.

“This is the highlight of their life,” said Bob Dennis, Madison’s father. “Because of Ole Miss Unified Sports, she (Madison) got to go to Seattle at the USA Games. She has friendships now she would have never had locally at home. She’s playing competitive sports. It just means the world to her.”

Special Olympics College at Ole Miss is also one of the highlights for the club’s president, Trey Skocy, who has been involved in Special Olympics since he was in sixth grade. His parents were active in the program when he was a child, but Ole Miss brought his experience to a whole new level.

“Growing up, it was more like being a volunteer,” Skocy said. “I never heard about a ‘unified experience’ until I came here. Being at home is to be there to cheer on the athletes and to coach them. In coming here, you actually get to participate in ‘unified,’ which, I think, is more rewarding. Being a part of the team is something you just can’t create. You can’t just make it up.”

Bob Dennis believes being a member of a “unified” program enhances the experience for participating athletes such as his daughter and others because they are able to compete as a team.

“To see some of these athletes come, it just warms your heart, and it means the world as a parent to see her (Madison) compete and make friendships because she’s being included,” Bob Dennis said. “The whole thing with ‘unified’ is the inclusion, and she is.”