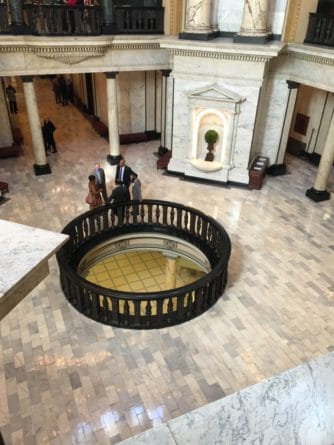 The Public Employees Retirement System Board (PERS) has voted to allow retirees to serve in the state legislature while keeping their retirement benefits. Attorney General Jim Hood issued an opinion on November 29 confirming that retired state employees should keep their pension while serving in the Mississippi Legislature. In Mississippi, an Attorney General opinion is the law of the land until a court of law rules differently. With PERS’ ruling, staff will now develop a rule to ensure it is in accordance with Hood’s opinion.

At noon the PERS board voted to instruct staff to develop a rule allowing retired public school employees to serve in the MS Legislature while drawing retirement benefits, making sure that the rule is in compliance with the AG’s opinion and state and federal law. Deadline 1/1/20.

At the time, Hood said every person deserves the right to stand for elected office.

“PERS voted to draft a new rule allowing state retirees who serve in the legislature to do so without giving up their pension,” said Hood in a statement on Twitter. “This will be in place by January 2020. We need the knowledge and experience of our state retirees in the Mississippi Legislature!”

Democrat Representative David Baria, an advocate for the official rule change encouraged teachers and other state employees to consider running for office.

PERS is in support of allowing retirees to run for Mississippi Legislative positions and statewide offices in 2019 without surrendering their retirement benefits during service. Are you a retired teacher, sheriff or state employee who wants to run for office? Sign up by 3/1!