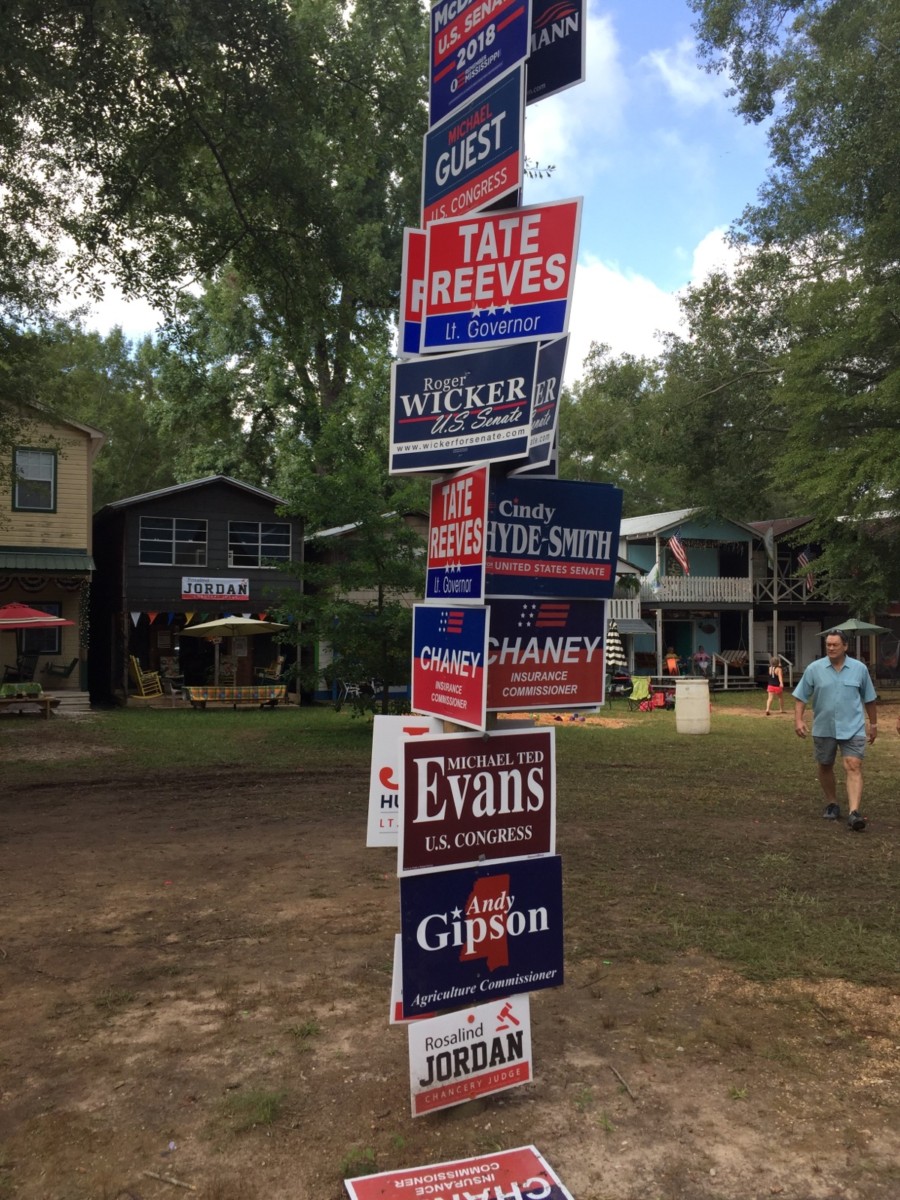 Politics were in full swing at the Neshoba County Fair on Wednesday with stump speeches which are a time-honored tradition since the fair’s inception in 1889. The Speeches kicked off promptly at 9:00 a.m. and each person was given 10 minutes to speak to the crowded pavilion.

Public Service Commissioner for the Central District, Cecil Brown took the stage to speak about the future of the state, citing big changes coming to Mississippi politics in the next year and a half.

Transportation Commissioner Dick Hall took his time at the podium to talk about a subject which became a common theme throughout the string of speeches, Mississippi failing infrastructure.

“You can’t replace over 1,000 deficient bridges and 5,000 main miles of deteriorating highways that will cost $4 billion when you are using 1987 money,” Hall said.

Hall Hall charged the legislature to do something about the state’s roads and bridges during the special session and drove home the need for an increase in the fuel tax.

“Today we literally don’t have enough money to mow the grass, hopefully, next year, I will be preaching a message of success, not the need for better infrastructure.”

Other high points among the many speeches were Mike Chaney’s announcement of his plans to run again for Insurance Commissioner and Secretary of State, Delbert Hosemann’s announcement that he will not be running for his current office again. Hosemann said he will instead be “higher up on the ballot.”

Newly appointed State Auditor Shad White kept his speech short and to the point giving out four bullet points to the audience and said that his office has requested $100,000 less in funds for the 2020 Fiscal Year. He said that they plan on initiating a compliance audit of the Office of the State Auditor to ensure that his office is setting the example for other state agencies.

White re-affirmed his commitment to transparency and said that all contracts and documents from his office will soon be available to the public. Lastly, he said that the OSA will be conducting a cyber-security risk assessment to ensure that sensitive financial data which flows through his office is stored and protected properly.

U.S. Senate candidate Tobey Bartee took his time behind the podium to talk about issues he sees plaguing Mississippi like infrastructure and education. He also called for both sides of the aisle to come together so that Mississippi can be better prepared for the future.

“The opportunity for us to act and act effectively and to shape the next few decades is coming quickly,” Bartee said. “The opportunity for us to influence that effectively, that window is coming to a close. It’s closing because we are not the conversations that we have to have, we are not making investments that we have to make… I have no doubt that within us we have the passion to address those situations.”

Political pot-shots were taken by Democratic nominee and Congressional Candidate for the 3rd Congressional District, Michael Evans when he spoke about his opponent calling him the head of the “Mafia down in Rankin County.”

“If I am your Congressman, I can promise you today, that the Republican Party and the mafia of Rankin County’s Republican Party will not run the 3rd congressional district anymore,” Evans said. “It’s going to be fair for everybody, and we are going to represent everybody in the entire district.”

During Guest’s time at the podium, he outlined what’s at stake in the upcoming November 6th general election.

“I know that it’s not just my name on the ballot, it’s far more than that,” Guest said.  “It’s not about me, it’s about all of our conservative values, and keeping a Republican majority in the U.S. Congress.”

Guest closed his speech by calling on all conservatives, no matter who they supported in the primary election, to support him as the conservative choice for Congress.

“Control of Congress is literally on the ballot in November,” Guest said. “The conservative party is the Republican party and I’m asking all conservatives to join together in November to make sure we win and that our voice is heard in Congress.”

Congressman Gregg Harper expressed his dislike for the words of candidate Michael Ted Evans and backed Michael Guest to succeed him.

“I am very proud that Michael Guest will follow in my footsteps,” Harper said. “Michael Guest is going to be a great member of Congress and will be back by his whole state and his home district. It’s going to be special.”

During Harper’s speech, he took a minute to reflect on his 10 years in office serving Mississippi’s 3rd Congressional District and thanked his family, friends, and staff saying that he didn’t get there by himself.

“We have the greatest state in the union, don’t let anyone else tell you anything different,” Harper said speaking over a round of applause. “It is the best place to live and to raise a family and I will forever be an ambassador for the great state of Mississippi.”