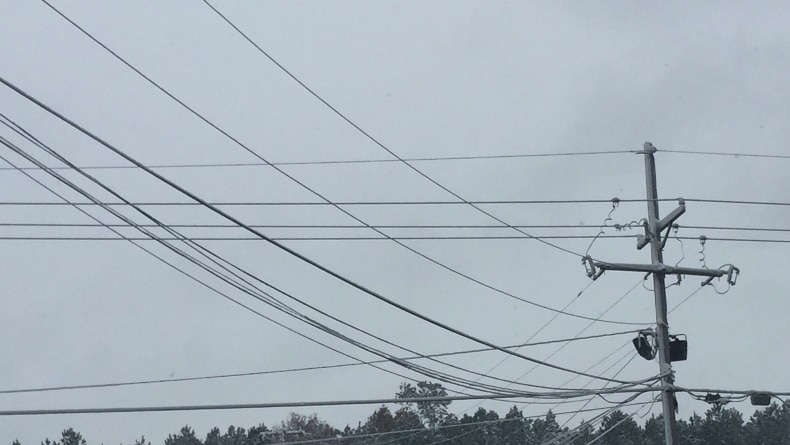 A man has died in Prentiss County. Ronny Rowland, general manager at Prentiss County Electric Power Company confirmed that Jamie Guin was killed last night while he was out working to restore power near Frankstown off of Highway 30 a little after midnight.

Rowland said Guin was 36-years-old and had worked as a lineman for 13 years. Jamie was working with a partner, Rickey Tapp when the fatal accident occurred.

“While Rickey was stooping over and going under a part of the tree to pull the wires out, he heard a loud noise and it sounds kind of like a gun going off,” Rowland said. “He turned immediately and looked at the pole where he knew Jamie had climbed up and he saw that Jamie had his lineman belt on and his safety strap around the pole, but his body was laying limp away from the pole and the conductors.”

Jamie was killed instantly. Rowland said Tapp immediately called 911 and then his supervisor who turned off the power to the lines in that area and then called more linemen to the scene to help lower Jamie’s body.

“Jamie has a wife, pregnant with their first children, it’s twins… and I believe that they are due approximately a month from now in the first week of May,” Rowland said.

Rowland said law enforcement along with a chaplain was sent to notify Jamie’s family. As a precaution, a local ambulance was on the scene as Jamie’s wife, Anna Kate, was notified of his death in the event of her going into pre-term labor.

Rowland said this is the first time in the 83 years of the company’s operation that there has been a fatality. He added that the company asks for prayers for Jamie’s family, as well as, his co-workers as they walk through the grief and aftermath of the accident.