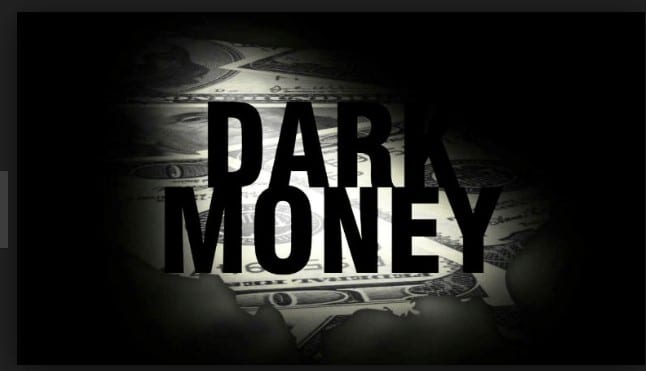 Courtesy of Y'all Politics

Mike Espy has been ostensibly trying to run a “unity” campaign encouraging Mississippians to #RiseAbove.  His recently launched TV commercial quotes Abraham Lincoln and talked about “the better angels of our nature.”  However, the California-based superPAC that’s quietly shoveled well in excess of a million dollars via independent expenditures in support of Espy’s campaign seems to be doing anything but rising above. This week, Mississippians started receiving undisclosed political direct mail with the postal slug TBW.  TBW stands for Terris Barnes Walters. Based in San Francisco (as PowerPACplus is also), TBW is at the tip of the spear for advocacy for ultra-liberal causes and candidates like the AFL-CIO, NARAL, Clinton for President, and Planned Parenthood.  They also feature Bennie Thompson as a client and success story.  Thompson has endorsed Espy.

On Friday, October 26, PowerPACplus, which we’ve referenced as putting over $1 million into the Espy race, dropped another $380,000 in independent expenditures.  $312,000 of that was to Terris Barnes Walters Boigon Heath for “Doorhangers and Direct Mails” to “support” Mike Espy.

Within the last 48 hours Mississippians began receiving the following mailer which quotes a widely discredited Breitbart piece asserting that Cindy Hyde-Smith voted for Hillary Clinton in 2008, which she has repeatedly denied. 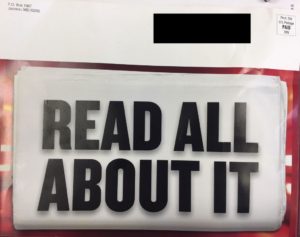 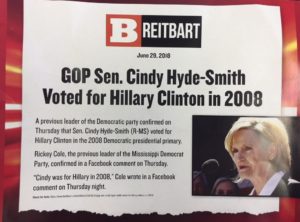 One might think that this mail piece was as a result of intra-party Republican jockeying.  However, the mailpiece features the TBW mailslug, but obviously doesn’t mention PowerPACplus or Mike Espy at all.

When reached for comment, Senator Cindy Hyde-Smith’s communications director, Melissa Scallan, stated, “The message of this anonymous mailer is a lie, and it’s equally ridiculous that Mike Espy’s allies from California are trying to mislead voters with such negative, inaccurate information as a last second dirty trick.”

Although clearly superPACs and campaigns cannot coordinate in any way, this sort of underhanded effort seems to run counter to the sort of campaign Espy says he’s trying to run.  The Mike Espy camp was asked for comment, but had not responded by press time.

As to whether or not these sort of undisclosed political messages are allowable, the Federal Election Commission’s website guidance on Advertising and Disclaimers leaves very little to the imagination.

“Any public communication made by a political committee — including communications that do not expressly advocate the election or defeat of a clearly identified federal candidate or solicit a contribution — must display a disclaimer.”

This sort of chaos theory direct mail targeting by Democrats trying to split Republican/Libertarians in races around the country has been documented as recently as yesterday in other markets including in the Missouri Senate Race.  Same thing happened in Indiana as well.

Two things seem abundantly clear from this direct mail effort. First, at the highest levels of Democrat Party “strategery” nationally, it’s clear that Cindy Hyde-Smith is the candidate that they’d least like to see in a runoff with Mike Espy. Otherwise, a spend like this makes no sense. Secondly, the forces that sent this mail piece clearly wanted to remove their fingerprints from it.

As it stands, the PowerPACplus organization may wind up being the largest contributor to the US Senate campaign in Mississippi in this cycle. And hardly a TV news piece or a column inch has been dedicated to finding out who they are, why they’re so engaged and what they want.

Requests for comment have been made to both PowerPACplus and TBW to verify whether TBW used PowerPACplus money specifically itemized in the 10/26 independent expenditure to pay for the specific above referenced piece of mail. Neither has returned calls/emails for comment. However, we will update this story as they do.