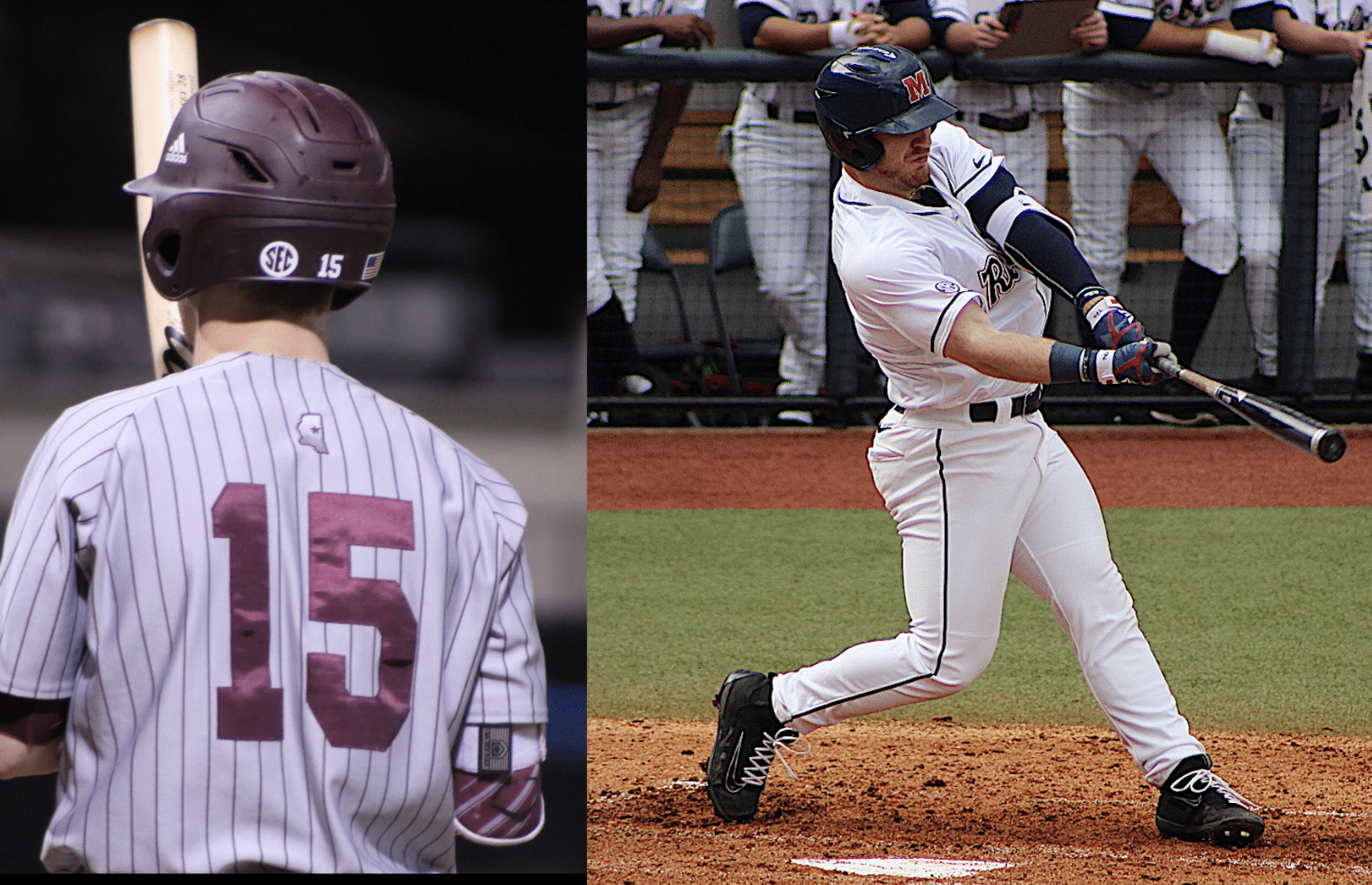 The Governor’s Cup is on the line at Trustmark Park tonight as the #5 Ole Miss Rebels take on the Mississippi State Bulldogs.

There’s no best of three series here and the game doesn’t count toward SEC play, so it’s all about bragging rights in this rivalry matchup. The Rebels come in with the better record on the season at 32-9, but Mississippi State has momentum on their side and is playing winning baseball as of late, highlighted by a weekend sweep of #3 Arkansas.

Ole Miss won their most recent series after taking 2 of 3 from #12 Georgia over the weekend, but they had lost two series in a row before this past weekend. One of those series losses was to the Bulldogs when the Rebels were ranked #3 in the country in numerous polls. Since that series, MSU has played with confidence and look more like the team that many thought they could be before their rocky start to the season. Once again, the Rebels are the higher ranked team, but as they learned last time out, rankings and records don’t matter in a rivalry matchup.

Mississippi State has had the Rebels’ number as of late and they’ve won 6 of the last 7 against Ole Miss, and they’ve won the past two Governor’s Cup meetings. As the final weeks of the season approach, Ole Miss will have to prove they can win these types of high-profile games if they hope to be a true threat when tournament time rolls around. For Mississippi State, although this game does not count toward conference play, they are two games back of Ole Miss’ SEC West lead, and a win here will validate their legitimacy as a contender in the conference.

Coming into this matchup, Ole Miss is one of just three teams batting above .300 on the season, but MSU’s pitching staff has racked the 3rdmost strikeouts in the SEC with 383. If the Rebel hitters get overly aggressive, look for the MSU arms to take full advantage and pad that stat. At the plate, patience will be key for Ole Miss and no one is doing that on a more consistent basis that Ryan Olenek. The junior is batting just shy of .400 while playing in all 41 games for Ole Miss this season, and he currently has a 19-game hitting streak. With one of the lowest ERAs in the conference, Ole Miss also has the upper hand on paper against the MSU bats.

Mississippi State’s offense begins with Jake Mangum who has the 3rd most hits in the SEC this season with 59. Mangum and Hunter Stovall are the only two Bulldogs above .300 on the season, but MSU continues to see contributions from Luke Alexander and Josh Hatcher. Alexander leads the team in home runs with 6, but as a team, MSU is last in the SEC with just 20. For MSU, their gritty attitude as a team may serve them well against Rebel team that has struggled to put games away as of late. The Bulldogs have won 11 games in comeback fashion this season, and recently Ole Miss lost two late leads to Vanderbilt, one to UGA and one to MSU in the rivalry series in early April.

First pitch from Trustmark Park in Pearl is set for 6:00 p.m. The game can be heard on the Ole Miss and MSU Radio Networks on Supertalk Mississippi.

Currently, there’s a 0% chance of rain in the forecast and temperatures around 70 degrees, so it should be perfect baseball weather.