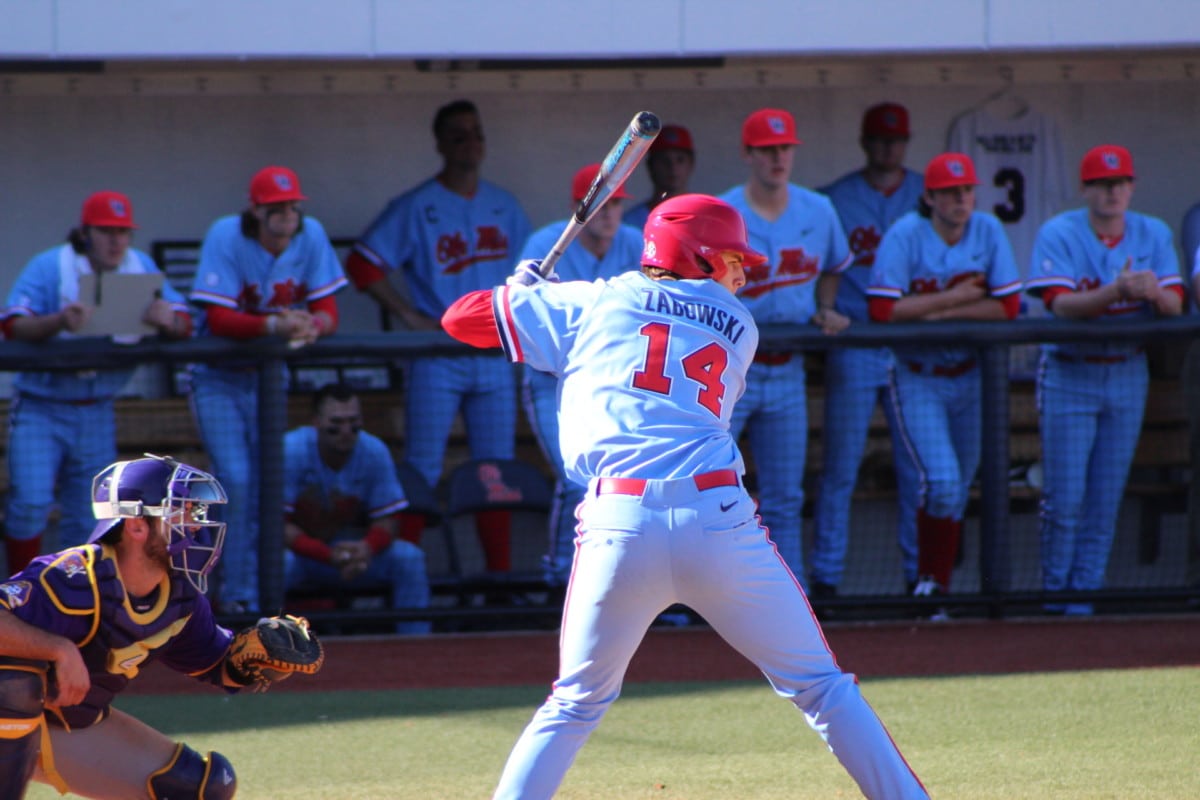 A 15-5 loss to Tennessee Tech has set up a winner-take-all matchup for the Oxford Regional for the Rebels.

From a Rebel perspective, the only positive to pull out this afternoon’s matchup was a late offensive surge in the 8th inning. Ole Miss plated 5 runs in the 8th inning after their bats had been stagnant all game long.

The Rebel pitchers didn’t fare any better in game one going up against one of the nation’s top offenses. Every player in the Golden Eagles’ regular starting lineup is batting over .300. While some questioned if they could show the same level of production when the tournament rolled around, today, they made sure to show the Rebels that they can rack up hits against any opponent. Each player in the lineup had at least one hit, and Chase Chambers, who leads the team with a .407 average, went 2-3 with 4 RBIs.

As Tennessee Tech hitters continued to rake, the Ole Miss pitching staff had no answers. Starter James McArthur gave up 4 runs in 2.2 innings and was pulled in favor of Will Stokes out of the bullpen. Stokes then gave up 6 runs in 2.1 innings and the rout was on. Having a position player pitch isn’t usually a good sign, and after Connor Green and Colin Coats pitched, Ryan Olenek eventually took the mound for the Rebels to finish things up.

Cooper Johnson, Thomas Dillard and Cole Zabowski drove in the Rebel runs in the 8th, but they’ll need a lot more production early on to compete with the Golden Eagles in game two if they hope to move on to a Super Regional.