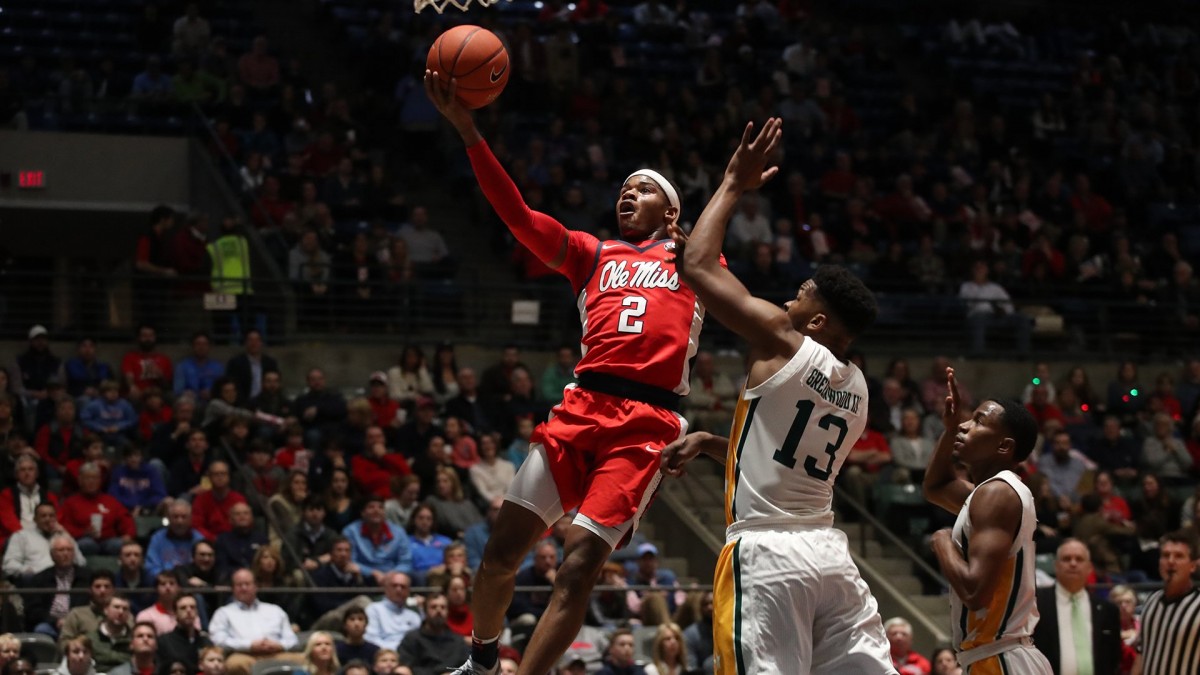 For the first time in 11 years, Ole Miss basketball returned to Jackson.

The Rebels took on Southeastern Louisiana at the Mississippi Coliseum and walked out with a 69-47 win behind a strong defensive effort. The 47 points scored by the Lions was the lowest point total allowed by Ole Miss since the 2014-15 season.

The result was never truly in doubt in this one as the Rebels move to 7-2 under first-year head coach Kermit Davis. The Rebels used an 11-0 run to build their lead in the first half with the Lions being held without a basket for over six minutes. To open the second half, an 8-2 run gave Ole Miss a 22-point lead, and SLU wouldn’t get within 15 for the rest of the game.

Terence Davis was the only other Rebel to score in double figures with 15 points.

With the change in venue, Davis was happy to get a win and he’s looking forward to returning to Jackson in the future.

“I thought the crowd was a great start for our crowd. You see a lot of children here lined up that got to see our players. It’s something no doubt, talking to Ross (Bjork) and Keith (Carter), we’re going to do, start working on an opponent for next year. I think this game will continue to grow, Davis said.  “We had a really good day and a half, from the Batson Children’s Hospital to a great alumni event last night, obviously winning the game so it was a good day and a half for Ole Miss here.”

In his sophomore season, Shuler has emerged as a consistent threat for the Rebel offense and has shown much improvement in Davis’ system.

“He looks so athletic at the rim now. He finishes the ball, obviously, him making two or three three’s like that was good. He played against Cincinnati like that, so when he gets going, it seems tonight he really got going,” Davis said.

The Rebels return to Oxford on Sunday to take on Chattanooga.