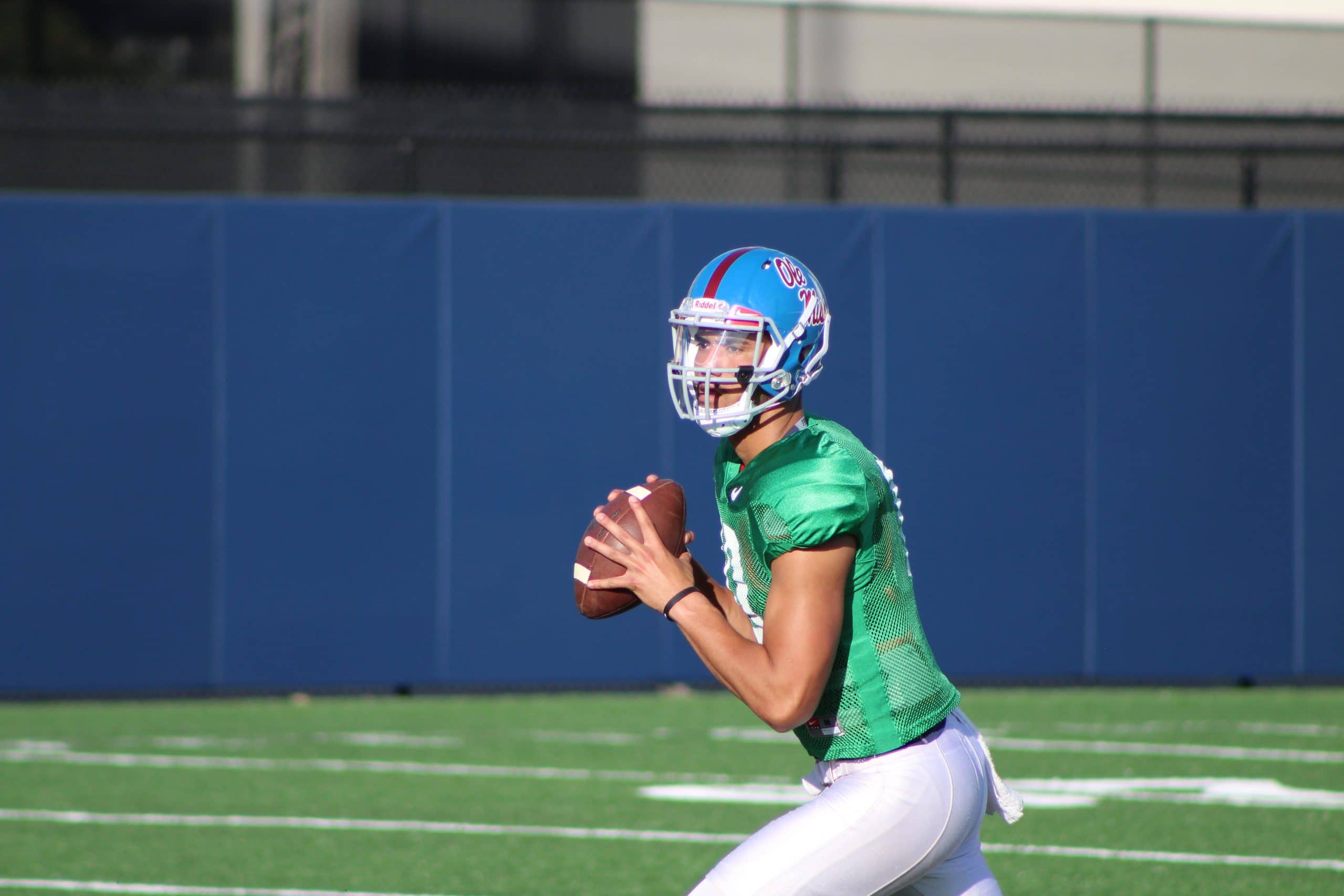 Last week, Ole Miss lost in the final moments against Arkansas, but this week it was the Rebels who were able to win it at the buzzer. A Jordan Ta’amu fade to D.K. Metcalf was caught for the go-ahead score with just 5 seconds remaining to cap a 14-play 71-yard game winning drive. Kentucky had put themselves ahead with a score with 2:14 left in the game, but in just his second career start, Ta’amu played with composure down the stretch and picked up his first win filling in for Shea Patterson. Ta’amu utilized all of the weapons around him as five Rebel receivers caught five or more passes with the leader being A.J. Brown with 7 receptions. Last week, Ta’amu’s turnovers put the Rebels in a tough spot, but this week he was nearly flawless, finishing the game at 31/40 for 382 yards with 4 TDs and 0 turnovers. This back and forth matchup saw seven lead changes and the Wildcats led 27-17 in the third quarter but the Rebels fought their way back and picked up their 4th win of the year, and their 2nd SEC win.

A pick-six gave the Bulldogs a lead after UMass’ first drive, and it appeared that MSU was on their way to a rout in front of their home fans, but the Minutemen battled back. A pick-six of their own and a 69-yard TD pass gave UMass a 20-13 lead at the half, putting a scare into the Bulldogs. The third quarter was the turning point of this matchup; the Bulldogs would come out with a revamped energy on offense that put them back on top. An 8-play 75-yard drive opened the second half, and QB Nick Fitzgerald finished it off with an 8-yard TD run. While Fitzgerald didn’t have a strong day through the air, he more than made up for it on the ground. The QB finished with 135 yards rushing with 2 TDs; both of which came in the third quarter. In total, MSU finished with 393 total yards, 254 of those yards were in the run game. The Bulldogs overcame three total turnovers in this game, but once they got the lead back in the third, they were turnover-free in the fourth on their way to their fourth straight win.

Despite outgaining the Volunteers, the Golden Eagles of Southern Miss weren’t able to convert drives into points and fell for the second straight week. Tennessee came into the game having lost four in a row, and while they lost their starting QB to injury in the second quarter, they were able to capitalize on USM’s mistakes to come out with a win. The Golden Eagles committed turnovers on back to back drives in the third quarter in a 10-3 game. Both turnovers were deep in their own territory, giving the Volunteers short fields both times. Tennessee converted both turnovers into touchdowns and took a commanding 24-3 lead. The Golden Eagles would score a touchdown late in the fourth quarter but were unable to close the gap enough to make this a close game near the end. In addition to the turnovers, USM set themselves back with 14 penalties which cost them 120 total yards compared to Tennessee who had just three penalties for 29 yards. USM QB Keon Howard completed just 7 of 22 pass attempts, and Kwadra Griggs eventually replaced him later in the game. Howard had taken over the starting job after Griggs got hurt early in the season.

Rebel Report podcast: What to watch for this Saturday in Oxford