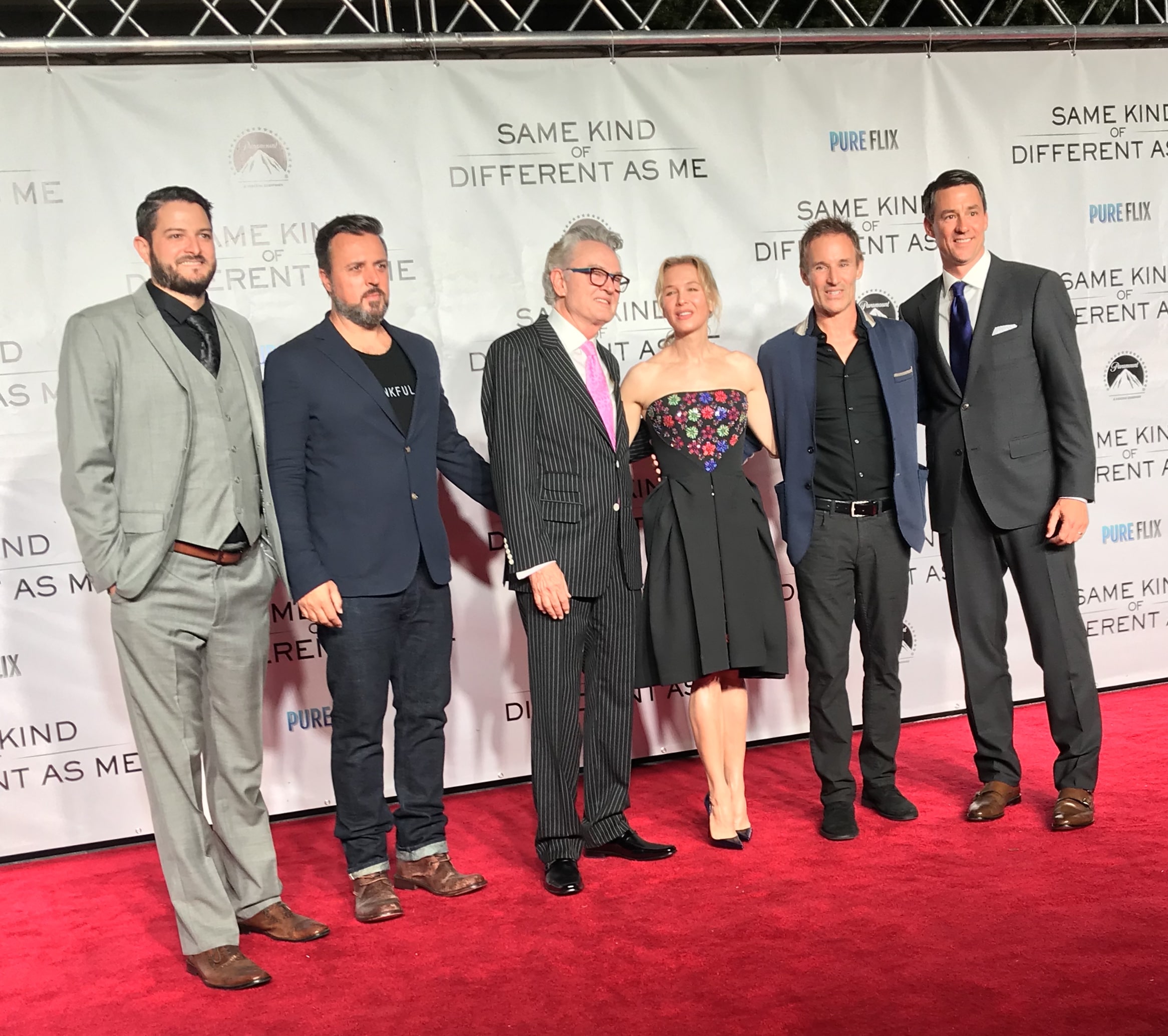 The premier of Same Kind of Different As Me was hosted at the Malco Grandview movie theater on Thursday night and several of the cast and crew were in attendance.

Guests began arriving around 6:00 to walk the red carpet. Among them were Mississippi politicians like Gov. Phil Bryant and Jackson Senator John Horne.

The film is based off a New York Time best-selling book that tells the story of International art dealer Ron Hall who befriends a homeless man to save his struggling marriage to Deborah, a woman whose dreams will lead all three of them on the most remarkable journey of their lives. The film starts Renee Zelwegger, Jon Voight, Greg Kinnear, Djimon Hounsou, and others.

“I think what you will see tonight is a reflection of Mississippi, the race relations between an African American homeless man and one of the most successful art dealers of his time, and they come together to be best friends,” said Gov. Bryant. “That’s what we do here in Mississippi because we know it’s the same kind of difference as us. There are differences here but we are all the same kind of different.”

Gov. Bryant said he hopes people see the truth that races come together in Mississippi, and that people the rest of the world discovers that that is what we do here in the state.

Shortly after the Governor and the rest of the guests made their way into the theater, Producer and Mississippi native Stephen Johnston made his way to the red carpet accompanied by family. The majority of the film was shot here in Mississippi and that was goal of Johnston’s. Along with him were several of the other producers, and director Michael Carney.

One of the biggest highlights of the night is when leading actress Renee Zellweger took to the red carpet, looking stunning, and bragging on her wonderful experience in the Magnolia state.

“The architecture just blows me away, I just really liked walking around,” said Zellweger.

She said she hopes to come back and visit the state as soon as the Two New Museums open on December 9th. Zellweger also commented that one of her favorite places to visit while in town was Walkers Drive-In in Fondren.

Check out more videos from the event on our Facebook page just search News Mississippi.

Indictments made in Southern District against fentanyl distributor