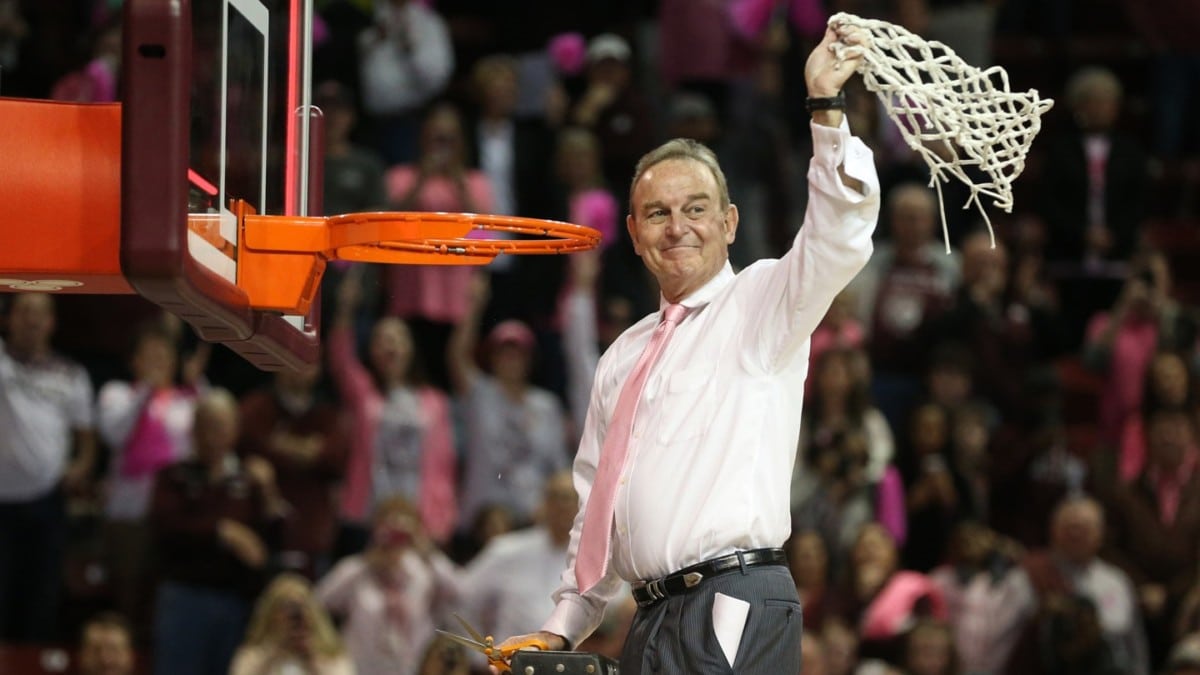 Mississippi State University has announced Coach Vic Schaefer signed a new four-year contract making him one of the highest paid women’s basketball coaches in the country at over $1.5 Million a year.

The contract comes after he guided MSU to a second-consecutive Final Four after winning the Kansas City Region. His team advanced to Columbus, Ohio, after garnering the first No. 1 seed in program history. During the 2017-18 season, they had 32-straight wins, which resulted in the second-longest winning streak in SEC history.

“We are excited about continuing our quest of winning SEC and National Championships and extending the success of recent years,” said Schaefer, who is entering his seventh season at the helm following a remarkable run as an assistant at Arkansas and Texas A&M.  “I convey my heartfelt appreciation and gratitude to my dedicated and talented staff, to my high achieving student-athletes and to the enthusiastic fan support of Bulldogs across the country. I also want to thank Dr. (Mark) Keenum and Mr. (John) Cohen for their trust, confidence and continued support of our women’s basketball program. My highest priority is to continue the precedence that we have established through recruiting quality student-athletes, maintaining the highest of personal conduct, integrity and performance standards, graduating our student athletes, and bringing national prominence to this great University and to the Bulldog Nation.

“Holly, Blair, Logan and I are proud Bulldogs, and we appreciate what MSU has done for our family.”

Schaefer has taken the Bulldogs to unprecedented heights in school history, highlighted by the program’s first SEC regular-season crown en route to a school-record and nations most 37 wins.

“Coach Schaefer has elevated our women’s basketball program to an elite level,” MSU Director of Athletics John Cohen said. “His student-athletes’ achievements both in the classroom and on the court have set a standard of excellence.  We look forward to seeing our national coach of the year on the sidelines for a long time to come.”

The Bulldogs also completed the regular season 30-0, the first SEC team to achieve that feat in 20 years. In addition, MSU posted the first undefeated season at Humphrey Coliseum in men’s or women’s basketball history, tallying an 18-0 mark in front of a record attendance total. State eclipsed 100,000 at the Hump for the first time, drawing a nation’s sixth-most 133,906.

That total included a Humphrey Coliseum-record 10,794 for State’s Feb. 5 win against South Carolina. MSU claimed 11 of the Top 20 single-game attendance marks this season.

While his 2017-18 squad has once again been stellar defensively, ranking Top 25 nationally in scoring defense at 56.4 ppg, it has also had the best offensive season by a Bulldog team, scoring a school-record 3,164 points and ranking 11th in the country with an 81.1 scoring average.

MSU has also posted the second-best field goal percentage in school history (46.8 percent), and it has knocked down 278 3-pointers, the most by an MSU team and the third-highest tally in SEC history. The 2017-18 Bulldogs also set the season free-throw percentage record for the third-straight year, hitting 74.6 percent from the stripe.

The Bulldogs also enjoyed a record-setting 2017-18 year in the classroom as well, following a record 3.40 fall GPA with a 3.44 mark in the spring.