Tomorrow, President Trump will be in Southaven for a ‘Make America Great Again’ rally as November’s midterm elections draw near.

President Trump will be joined by Governor Bryant, Senator Roger Wicker and Senator Cindy Hyde-Smith on his visit to the Magnolia state as the two Senators are fighting to hold their seats in Washington.

In the special election to finish out Thad Cochran’s term, Hyde-Smith faces state Senator Chris McDaniel (R), former congressman Mike Espy (D) and Navy veteran Tobey Bartee (D). After the announcement of the rally was made, the newly appointed Senator was elated.

“I am honored that the President was able to reschedule his visit to Mississippi to show his support for our state and to campaign on my behalf,” Sen. Hyde-Smith said. “It has been a privilege to back his ‘America First’ agenda, and I look forward to welcoming him to DeSoto County.”

Wicker will be on the ballot along with state Senator David Baria (D). With increased optimism among Mississippi Democrats that they can flip the seats blue, Trump’s visit is an attempt to ensure that Republicans continue their stronghold in the state and in Washington.

Trump previously endorsed Wicker before June’s primary race, and he endorsed Hyde-Smith in August, stating that they both have fully supported his agenda. 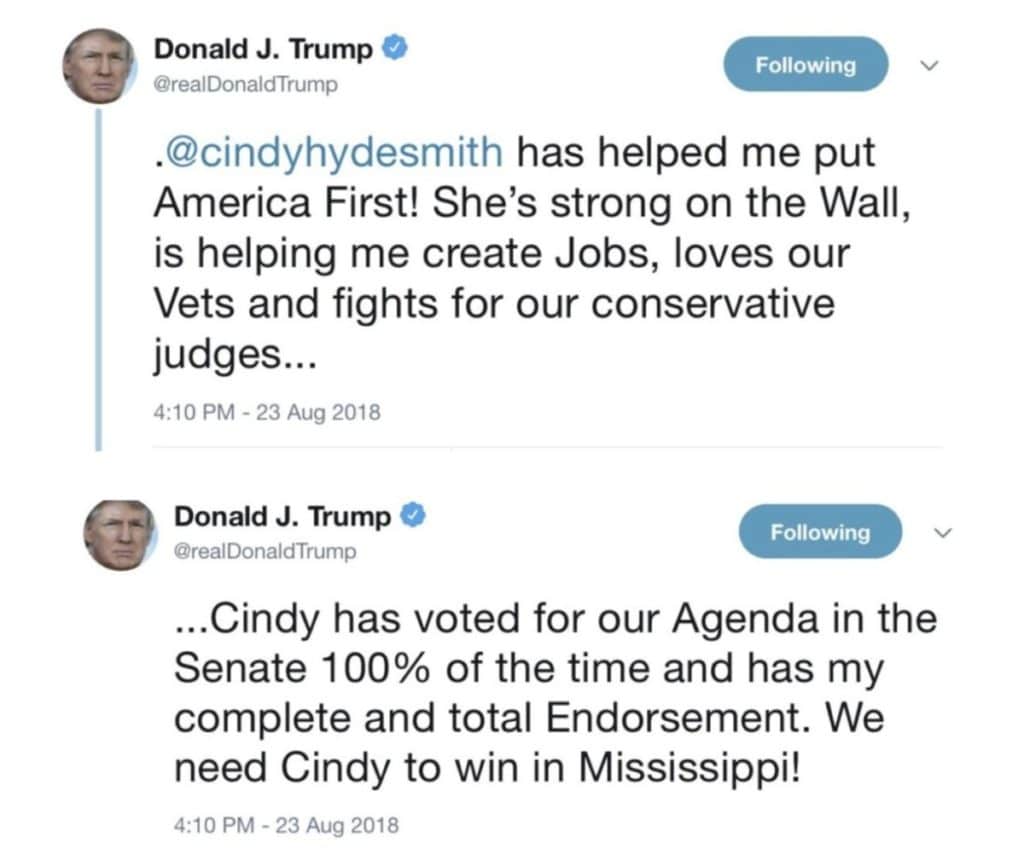 The rally will be held inside of the Landers Center, and it will begin at 7 p.m. If you cannot make it to the event, be sure to tune in to our live stream of the rally on our Facebook page.