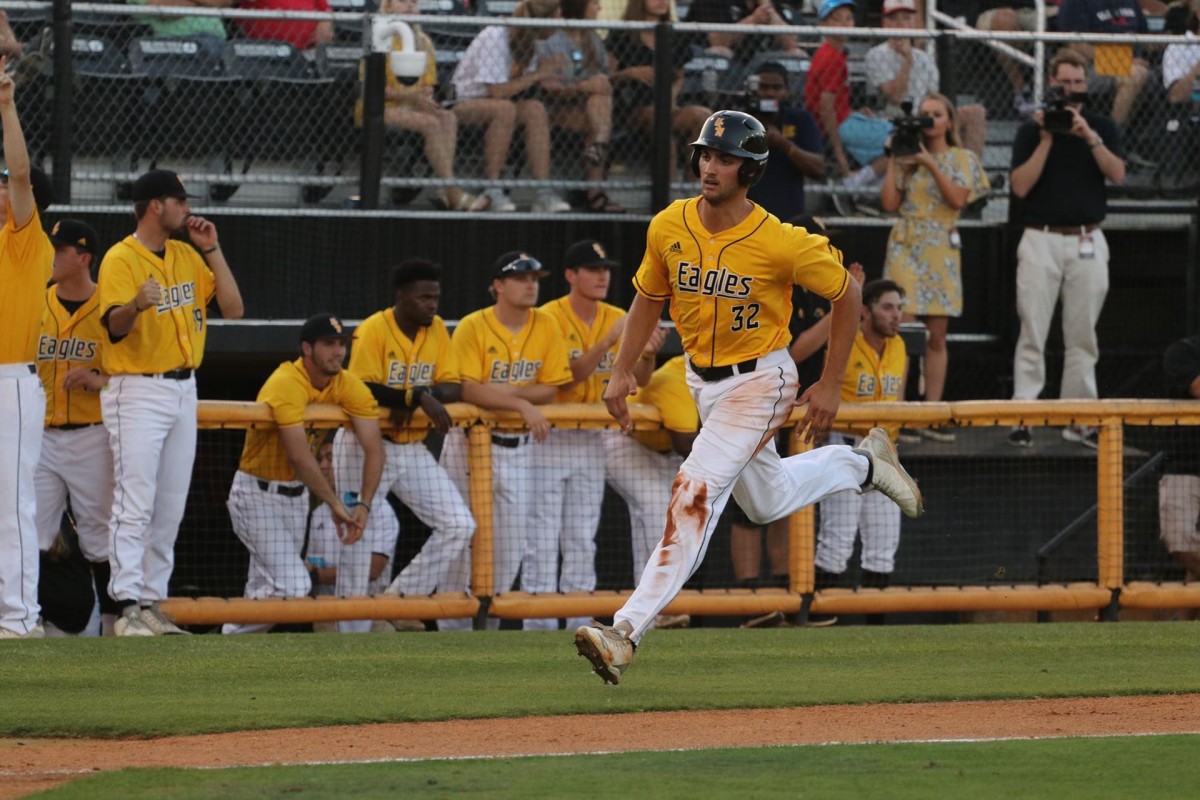 Last night in Hattiesburg, Southern Miss snapped a 5-game losing streak to Ole Miss with a 5-3 win, thanks in large part to a big night at the plate from slugger Matt Wallner.

Wallner went 3-4 with two solo home runs, one of which came in the bottom of the 2nd inning for the game’s first run. The junior RF also made an impact in the field as he robbed a potential 2-run home run from Ole Miss’ Cole Zabowski in the top of the 2nd.

“I’ve been here three years and had never beaten Ole Miss, so this was a lot of fun,” Wallner said. “I’ve got a lot of respect for all those guys over there.”

In the top of the 4th, the Rebels would tie the game up on an Anthony Servideo RBI-single, but USM came right back to strike for two runs in the bottom of the frame. A solo homer from DH Bryant Bowen got things started, and CF Hunter LeBlanc drove in Wallner with an RBI-double later in the inning to give USM a 3-1 lead.

Ole Miss starter Zack Phillips was pulled after the 4th. Houston Roth came into the game and pitched 2 shutout innings.

In the top the 7th, Ole Miss evened things at 3-3 after an RBI-double from SS Grae Kessinger and a pop fly off the bat of 3B Tyler Keenan led to an error by USM LF Gabe Montenegro which allowed Kessigner to score.

Max Cioffi emerged from the Rebel bullpen in the bottom of the 7th, but he didn’t record an out. He was pulled after allowing Danny Lynch to drive in a run to give USM a 4-3. The Rebels couldn’t answer, and in the 8th, Wallner’s second HR of the night provided the Golden Eagles with an insurance run.

J.C. Keys pitched the final 2.2 innings for USM as the team’s 7th pitcher of the night. Keys picked up the win for the Golden Eagles and Cioffi suffered the loss.

The two teams will split the season series after the Rebels beat the Golden Eagles in Pearl in early April.

Southern Miss has now won nine straight games, and they’ll begin a weekend series with FAU on Friday at home. Ole Miss will travel to Baton Rouge for a three-game series with LSU. Mississippi State opens its series with Texas A&M in College Station at 6 p.m. today.