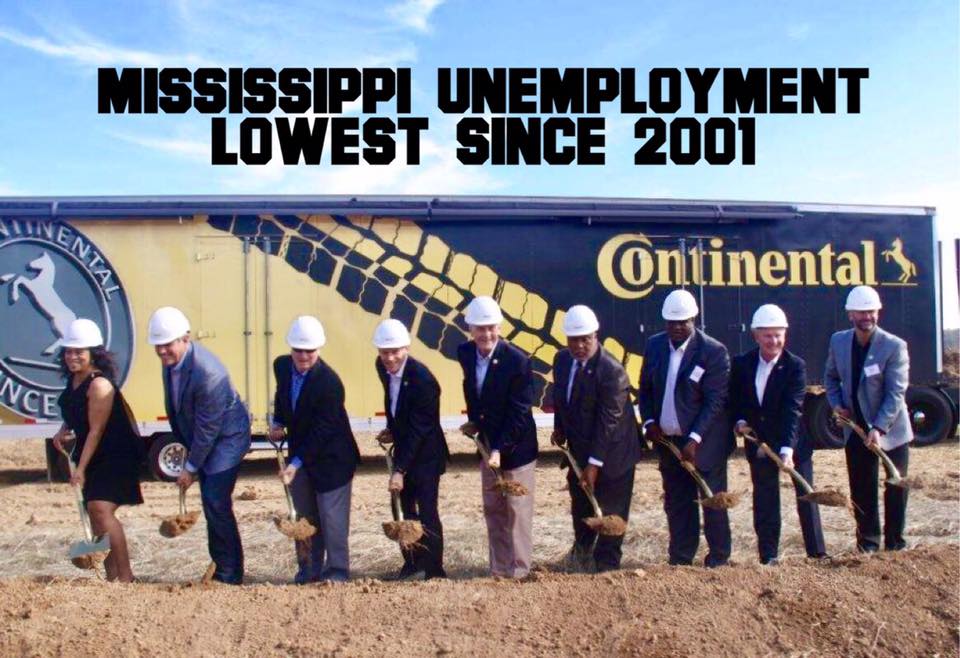 The Mississippi Department of Employment Security has reported that March’s unemployment numbers were the lowest unemployment rate since January 2001.

According to the MDES, Mississippi’s seasonally adjusted unemployment rate was 5.0% in March, which was two-tenths of a percentage point lower than a month earlier in February 2017.

MDES defines the labor force as those who have a job and those who are currently looking for a job.

Currently, there are 1,302,700 people making up Mississippi’s labor force.

Governor Phil Bryant posted on Facebook about the numbers, and the growth he expects to see.

“The Mississippi unemployment rate for March 2017 was 5.0% making it the lowest rate since January 2001,” said the Governor. “The labor force continues to grow in size and employment is outpacing that also. Great news for Mississippi.”

3-year-old may have shot self in Vicksburg