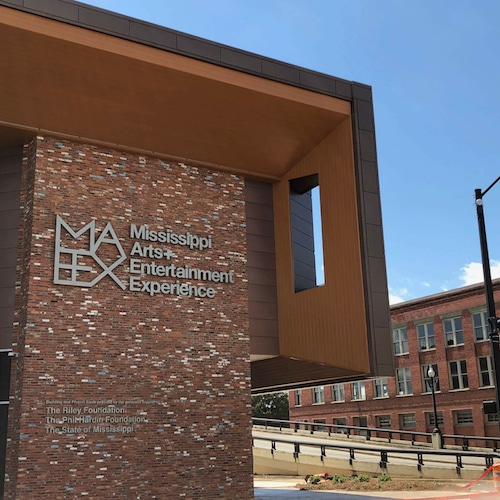 The MAX, Mississippi’s arts and entertainment experience in Meridian is hosting the Jim Henson Exhibition: Imagination Unlimited. The exhibit is a new and unique attraction that explores the life of Mississippi-native Jim Henson and the impact his creations have had on popular culture.

The traveling exhibition will run through May 4, 2019, and will feature Henson’s iconic Muppets and other puppets from familiar productions like Sesame Street, The Muppet Show, Fraggle Rock, The Dark Crystal and much more. Visitors, school groups and people of all ages can experience Henson’s creations and see how his early work in film and television evolved into the magical worlds that have become so familiar to audiences worldwide.

The exhibition will also provide behind-the-scenes material to reveal how Henson and his crew of puppeteers, writers, and designers created an iconic family of puppets and characters that continue to entertain both children and adults.

“Jim Henson was a creator and entertainer with a unique vision, and he had a tremendous influence on our culture by giving us these magical characters and worlds that many of us grew up with,” said Mark Tullos, Executive Director of The MAX. “This is yet another amazing story of a native Mississippian who left his mark on the world, and this exhibit allows visitors to retrace Henson’s life from his early years in Leland, Mississippi, to his establishment in New York’s advertising and entertainment worlds, to the film sets of major motion pictures.”

The exhibition features a broad range of artifacts related to Henson’s unparalleled career, including more than 20 original puppets, character sketches, storyboards, scripts, photographs, film and television clips, behind-the-scenes footage, iconic costumes, and interactive experiences that allow visitors to try their hand at puppeteering on camera and designing a puppet character.

Imagination Unlimited begins with a brief look at Henson’s early life through images of Henson as a young man and reproductions of some of his early drawings and sketches and then follows his steady rise and immense contributions to the art and industry of the moving image. Highlights include a Kermit the Frog puppet from 1978; handwritten scripts from Henson’s first television series, Sam and Friends (1955-1961); a clip from his Academy Award-nominated experimental film Time Piece (1965); Jen and Kira puppets from The Dark Crystal (1982); familiar Sesame Street puppets including Grover, Ernie, Bert, and Count von Count; plus costumes from Labyrinth (1986).

“This is a world-class exhibition,” Tullos said. “One of our objectives at The MAX has been to provide such amazing and exciting attractions as this one in addition to the experience offered by our permanent exhibits here.”

Simmons to run for Transportation Commissioner