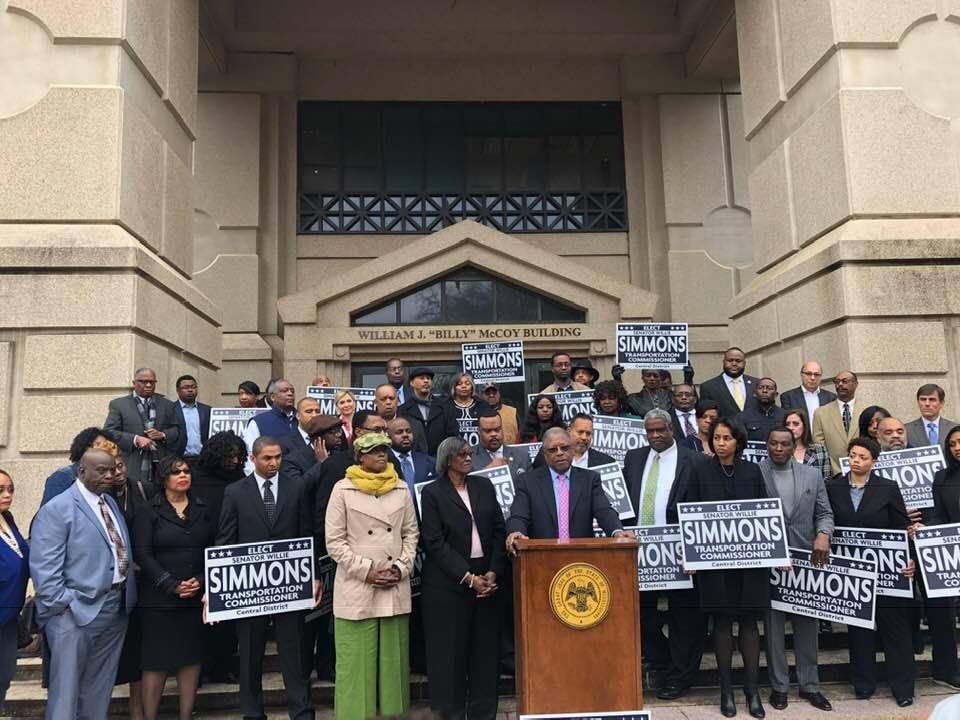 Senator Willie Simmons has announced he will be running for the position of Transportation Commissioner for the Central District. Simmons has been in the legislature since 1993 representing Bolivar, Sunflower, and Tallahatchie counties.

During his time in the Senate Simmons has served as the Chairperson for the Senate Transportation Committee and is a member of the Agriculture, Appropriations, Corrections, Legislative Budget Committee, Ports and Marine Resources, Public Health and Welfare, State Library, and Tourism committees.

“Being the chairman of the Transportation Committee and on the budget committee, as well as, the subcommittee for appropriations of highways and transportation, it has given me an opportunity to take a look closer at what the needs are for our transportation and infrastructure system,” Simmons said. ‘We have many concerns, and the citizens are very concerned because of the public safety and the challenges that our businesses have and our growth in the way of industrial development. “I would go into the position as commissioner for the central district with already having experience and already having built relationships.”

Simmons said the 2018 special session was a success for transportation and infrastructure in the state, however, it is just the start of what needs to happen to get the state back on the right track for infrastructure improvement.

“We all realized that coming up with $200 million a year for 10 years, $1 billion when we really needed about $4 billion, it’s inadequate,” Simmons said. “So, it’s a beginning… My experience during the past 25 years and especially the past eight years puts me in a great position to work with the legislative body and try to direct and guide them to some processes that would come up with additional moneys for our infrastructure system.”

Simmons’ announcement comes after current Central District Transportation Commissioner Dick Hall announced he would not run for re-election in 2019, a position which Hall has held since 1999.

Simmons is the owner of Simmons and Associates Consultant Firm and the Senator’s Place Restaurant in Cleveland, Mississippi.