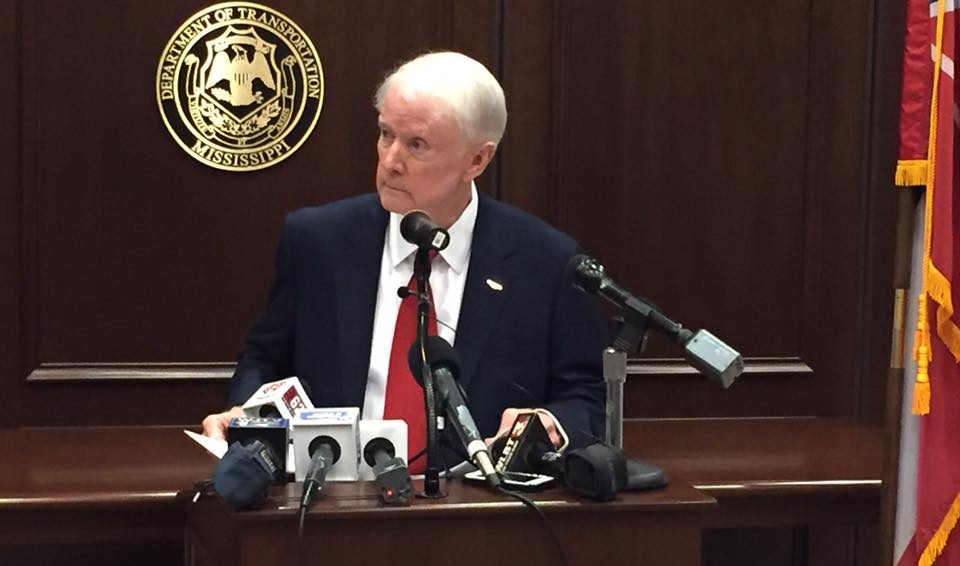 Photo by SuperTalk Mississippi News
Mississippi Department of Transportation Commissioner Dick Hall has announced that he will not be running for re-election in 2019. Hall made the announcement during an appearance on the Paul Gallo Show and said that he intends to finish out his term.
“I’ve been doing this for four decades,” Hall said. “It was time to take a look and see if it is something I want to continue to do and I don’t. I don’t know exactly what I’m going to do, but I’m going to do something. I’m going to stay active and I will be here for another year, waiting for the completion of my term.”
With limited funding for infrastructure in the state, Hall has been a staunch supporter of an increase to the gas tax but says he hasn’t been able to get through to the legislature.
“I think it’s time for somebody else to give it a try,” Hall said. I have preached my sermon over and over and it’s just not working. I can’t seem to get the legislature to understand the depth of the problem and the major solution it is going to take to solve it.”
Hall added that he is not belittling the legislature as he fully understands their position. Hall served for 24 years in the Mississippi Legislature before being appointed the Central District Transportation Commissioner by Gov. Kirk Fordice in 1999. Hall was elected later that year to his first full term as Commissioner and was re-elected to two subsequent terms.
“It has become quite critical now, we are getting down to a safety issue, not only a convenience issue and an economic issue, but we’re getting down to a safety issue and particularly with your local roads and bridges,” Hall said.

During the 2018 Special Legislative Session, $250 million was appropriated to take care of the worst roads and bridges in the state, however, Hall said it comes nowhere near close enough to fix the issue as there have been 691 applicants for the $250 million. The requests were totaled right at $1 billion.

“It all takes money, it takes an investment,” Hall said. “Hopefully when this new legislature comes into session maybe there will be enough changes to see that.”

While many believe that controversial bills will not get passed during the 2019 session due to it being an election year, Hall said that he would be “very surprised” if a gas tax does get passed in 2019.  However, the last time that the state gas tax was raised in Mississippi was in 1987, during an election year.

“I do want to commend the leadership of the House for the package they put together during the special session,” Hall said. “At least it’s a start. I know it’s not sufficient to get everything done that needs to get done, but at least they made an effort to do it.”

Hall added that he believes the gas tax is the only fair way to finance the highways of the state.