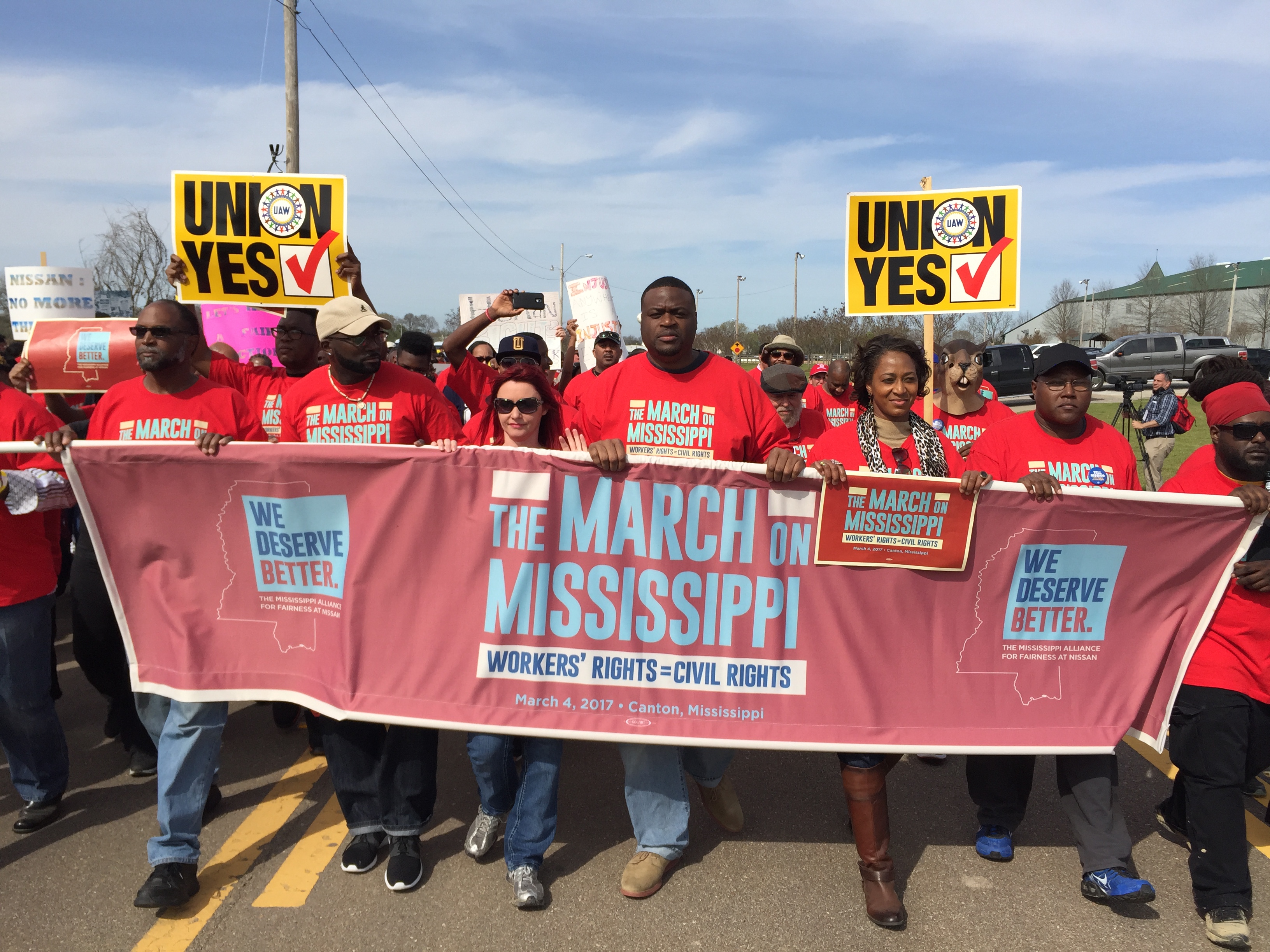 Thousands stood together in unity as Rep. Bennie Thompson, actor Danny Glover and Sen. Bernie Sanders spoke in support of unionization at the Nissan plant in Canton.

According to the Vermont Senator 42 of Nissan’s 45 plants world wide, already have unions.

Among the political dignitaries was NAACP president and Jackson State University alum Cornell William Brooks. Brooks argued that the supposed poor treatment of workers at the plant was in-fact a civil rights issue and that the NAACP was in support of the plant unionizing.

After the rally, Sanders and others marched to the plant to present a letter to the company and Jose Munoz, Executive Vice President of Nissan Motor Co., Ltd. In an advance copy given to News Mississippi, a part of the letter reads, “…We are writing to demand the following of Nissan:

1. Immediately cease intimidation and threats by Canton plant managers against Nissan employees who want a union.

2. Ensure a safe workplace in Canton, and provide Nissan employees with the training and equipment necessary to avoid debilitating injuries caused by punishing production quotas.

3. Meet with representatives of MAFFAN and the UAW to discuss conditions for achieving neutrality and ensuring that Nissan employees in Canton can vote on a local union in a free and fair election.”