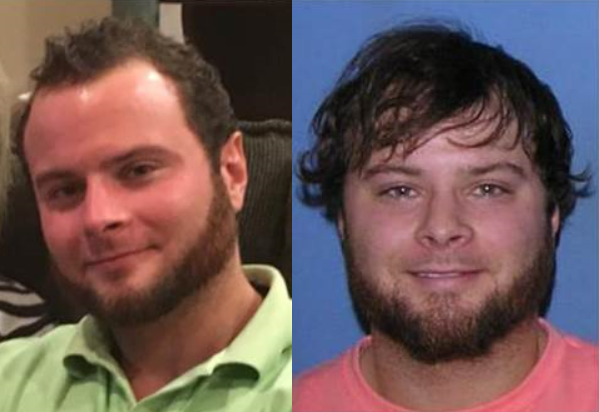 This week, Alex Bridges Deaton of  Rankin County was captured by Kansas authorities after a multistate crime spree that originated in Rankin County.

Here’s a recap of the events:

Heather Robinson, believed to be an ex-girlfriend of Deaton, was killed in her home at Vineyard apartments in Brandon. Rankin County Sheriff Bryan Bailey later confirmed that the autopsy showed Robinson’s cause of death to be blunt force trauma and strangulation.

Brenda Pinter was found dead inside Dixon Baptist Church in Neshoba County. Police would later reveal that a vehicle described to be in the area that day would link the case to Deaton. Rankin County Sheriff Bryan Bailey confirmed to News Mississippi that Neshoba County officials had named Deaton as a person of interest after he was announced as the suspect in Robinson’s murder.

Around 4:30am, Robinson’s body is discovered at her apartment. Her white 2012 white GMC Arcadia was missing, and Deaton’s truck was found nearby.

Around 5:00am, a jogger in Castlewoods was shot. The jogger identified Deaton as the shooter, and described the stolen vehicle.

Deaton is spotted in the Tulsa, Oklahoma area. Rankin County Sheriff Bryan Bailey said he had “former family” in the area, which soon would be revealed as an ex-wife.

Authorities receive a 911 call from a man who had been at a walking trail in Bernalillo County, New Mexico with his girlfriend. He told police he had been shot and his girlfriend was possibly killed. He claimed Deaton had attempted to kidnap them both before carjacking them. He stole their white 2001 Honda.

Here is the audio. GRAPHIC: STRONG LANGUAGE AND DESCRIPTIONS THAT SOME MAY FIND DISTURBING.

Deaton was pinpointed as a suspect in the robbing and shooting of a store clerk. He stole the victim’s vehicle, a 2004 Cadillac CTS.

Hours later, Deaton is taken into custody in Ellsworth County, Kansas, after a trooper uses stop sticks to slow him down. The car flipped, caught on fire, and Deaton was apprehended. There was a charred gun in the car.

Sheriff Bryan Bailey called a press conference at the Rankin County Sheriff’s Department in Brandon to tell Mississippians they could “go to bed knowing he’s been caught.” He also revealed some other details in the case.

Thousands rally at March on Mississippi