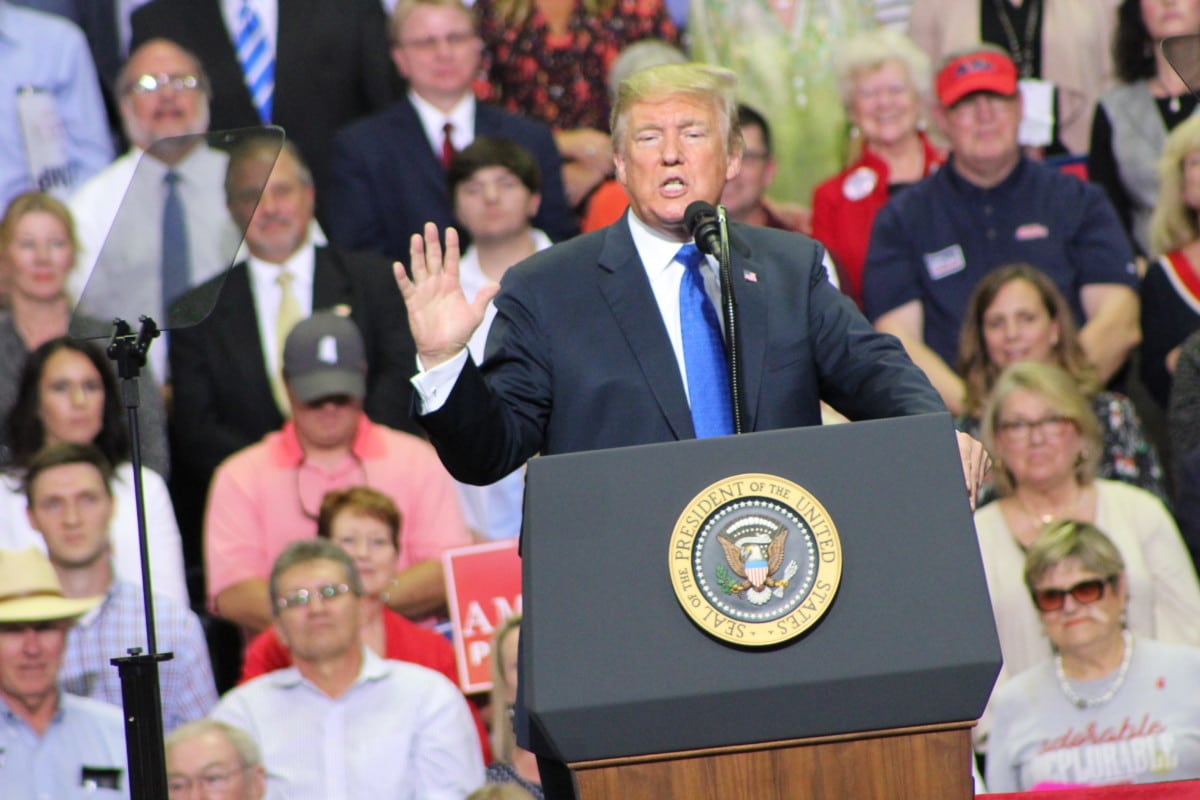 It’s been over a week since Justice Brett Kavanaugh was confirmed to the U.S. Supreme Court, and after a controversial confirmation process, President Trump has credited his Mississippi “Make America Great Again” rally for the final outcome.

In a close vote, the Senate voted 50-48 to confirm Kavanaugh following allegations of sexual assault from 1982 by his then-classmate Dr. Christine Blasey Ford. Both Ford and Kavanaugh testified before the Senate Judiciary Committee regarding the allegations, and during his rally in Southaven, Trump took aim at inconsistencies in Ford’s remarks.

The comments gained traction in the national media with many saying that the President was mocking Dr. Ford, but in a ’60 Minutes’ interview that aired last night, Trump defended his comments and touted that they had a far-reaching impact.

“Had I not made that speech, we would not have won,” President Trump claimed.

During the interview, Trump also stated that Dr. Ford was treated with “great respect” by everyone, including himself.

Related: Trump looks ahead to November during rally

Kavanaugh’s potential confirmation was one of the main focuses for Trump during his rally inside of the Landers Center earlier this month, and Mississippi’s Senators Cindy Hyde-Smith and Roger Wicker supported Kavanaugh throughout the process.

D.K. Metcalf Out For Remainder of Season With Neck Injury