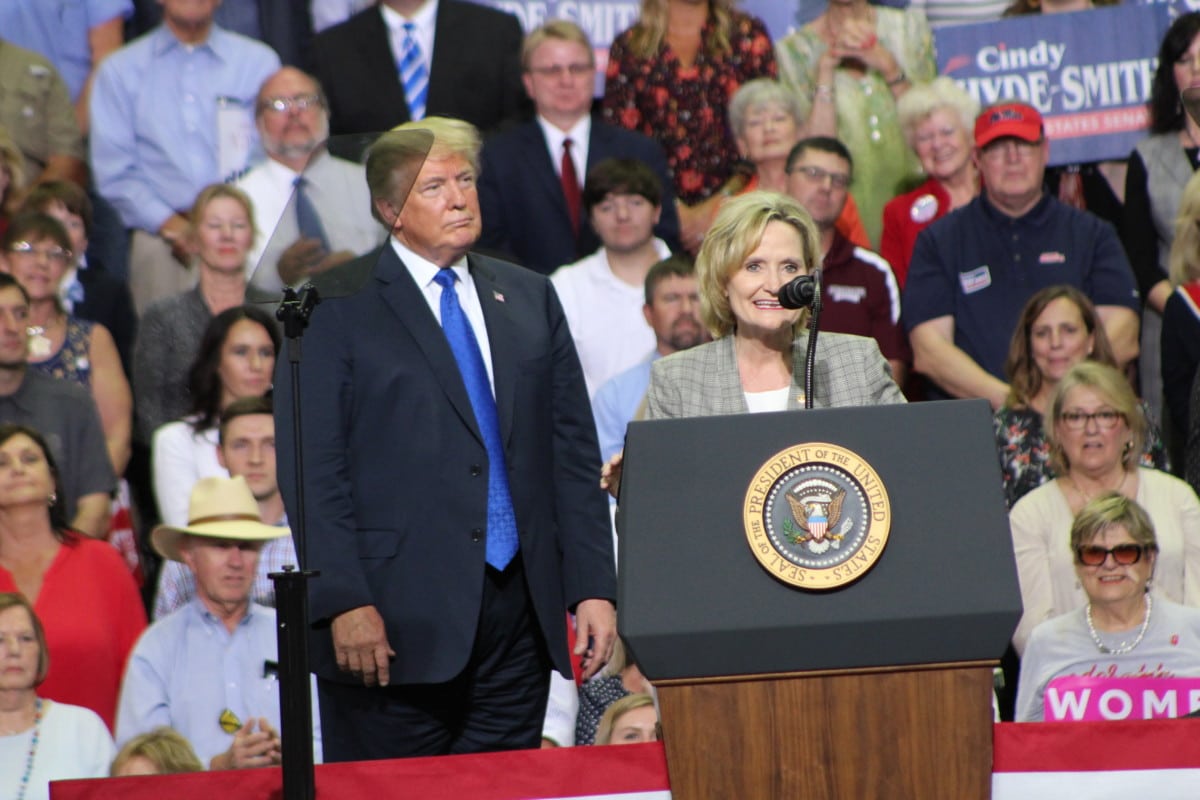 President Donald Trump will be in Mississippi hosting Tupelo and Biloxi rallies to campaign for Republican Senator Cindy Hyde-Smith. The rally will be held the day before the runoff election between Hyde-Smith and Democrat Senate Candidate Mike Espy.

The rally comes after Hyde-Smith received public backlash for comments made to supporters about a public hanging and voter suppression. Her opponent Espy, recently came under fire for saying that he only accepted a portion of funds from an African Dictator, currently on trial for crimes against humanity, documents have been found that say otherwise.

“We are pleased to announce Make America Great Again rallies on Monday, November 26 in Tupelo and Biloxi, Mississippi,” said Michael Glassner, Chief Operating Officer for Donald J. Trump for President, Inc. “President Trump is so committed to getting out the vote for Cindy Hyde-Smith that he scheduled two rallies in the great State of Mississippi on the day before the run-off election. The President needs all hands on deck on Election Day on November 27 so he can continue to count on Senator Hyde-Smith’s outstanding support for his America First agenda.”

Hyde-Smith said she is excited to have the Presidents support.

“I’m very excited that President Donald J. Trump is coming back to Mississippi to support our campaign with two great events now being planned here on Monday, November 26,” Senator Hyde-Smith said. “Our campaign is working hard for a big election-day turnout, so the President’s visit the day before the runoff will be a good boost to make sure all conservatives know they have a very clear choice in this runoff election.”

Governor Phil Bryant took to social media asking Mississippians to show up in historic numbers for the rallies.

“We are honored to have @realDonaldTrump return for @cindyhydesmith. He has assured victory in so many campaigns across America. Let’s make him proud, Mississippi, and turn out in historic numbers.”

For more details about President Trump’s visit and to request tickets, click here.

Griffis to become next State Court of Appeals Chief Judge