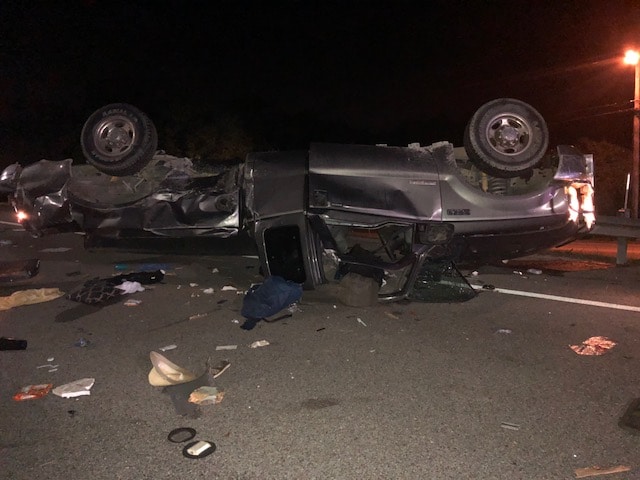 *This article has been updated to include the names of the victims.

Two people are dead after a single-car crash on the Mississippi coast.

On Thursday morning, officers responded to the CSX Bridge on Bienville Boulevard after a car apparently flipped several times, and the three passengers were ejected from the car.

Crash Reconstruction Officers Sgt. Dye and Officer Pierce of the Ocean Springs Police Department arrived at the scene to investigate the cause of the crash as the three individuals were taken to local hospitals.

Officials confirmed that one man and one woman died as a result of the crash. 34-year-old Jonathan Fruth, of Gulfport, and 24-year-old Rachel Byrd, of Vancleave, both passed away.

Another man, 58-year-old Martin Helton, of Gulf Shores, was taken to the ICU at a Mobile, Alabama hospital.

It is currently unclear who was driving the car at the time of the crash.