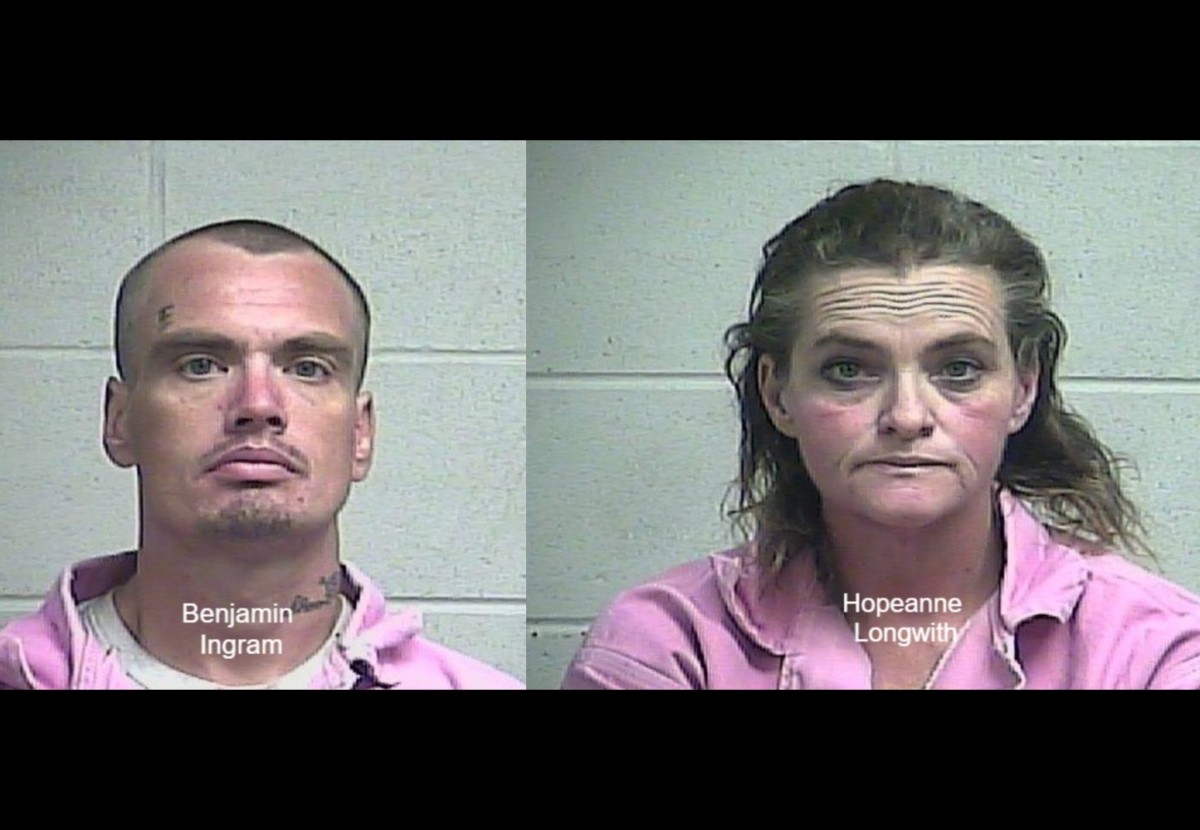 Yesterday, on December 5th, Clinton Police announced they arrested two additional suspects in the metal theft case at the former Delphi building. Detectives were alerted to the suspects by a conjoining property owner who was alerted to suspicious persons on the property. Additional evidence of the commercial burglary was recovered in their possession.

30 year-old Benjamin Ingram, of Greenville, and 45 year-old Hopeanne Longwith, of Jackson, were both charged with commercial burglary.

Clinton Police are putting metal thieves and unscrupulous scrap metal buyers on notice, stating “these scrap purchasers know who they are and we are watching.”

On December 3rd, Clinton Police announced  the arrests of five individuals responsible for an estimated $150,000 in metal theft from a local industrial building.

Beginning the early part of August 2018, several break-ins were reported at the former Delphi building located at 1001 Industrial Park Road. Upon investigation, it was determined that suspects were entering the building and removing electrical wiring and other metal property.

On November 13th, a CPD patrol supervisor on routine patrol of the building located two suspects inside the building. Steven Hampton and Antina Cox were inside the industrial building, believed to have been engaged in metal theft, and both suspects were arrested on site.

The next day, on November 14th, a property manager of the industrial property was on scene when he could hear possible suspects on scene. CPD patrol officers located one suspect inside, James “Ryan” Polk, and a maroon Toyota 4-Runner containing suspected stolen metal property and various other items taken out of the Delphi building. It was then determined that other additional suspects hid from the officers, but have been identified.

With the aid of the Hinds County Sheriff’s Office, Joshua Shelton and Krystal Rasnick were also arrested in connection to the break-ins and thefts of metals from inside the Delphi Building.

They explained how stolen metals are converted into cash using middle men. Once the suspect steals the metal, they will take it to an individual who carries the metals to a scrap dealer/purchaser. The courier gets a percentage of the money earned by the weight of the metal property.

Clinton Police also explained that most metal theft crimes can be eliminated if scrap yards followed state law and did their due diligence in the purchase of scrap metals.

Clinton Police detectives stated that State Laws (SEC 97-17-71, Mississippi Code of 1972) are specifically designed to prevent stolen metal property from being purchased by scrap dealers/purchasers. However, some scrap purchasers in the state are not following proper procedure when taking in metal property.

Arrests in an auto theft ring investigated by multiple agencies, including the Clinton Police Department, show malfeasance and a lack of due diligence by scrap metal buyers.

In March of 2018, detectives were noticing that stolen vehicles were being sold as “tin” and the vehicle identification numbers were not being reported and/or were altered as to not flag as stolen item.

Clinton Police are putting metal thieves and unscrupulous scrap metal buyers on notice, stating “these scrap purchasers know who they are and we are watching.”

Approximately one dozen additional suspects have been named and additional arrests are anticipated as the investigation moves forward.