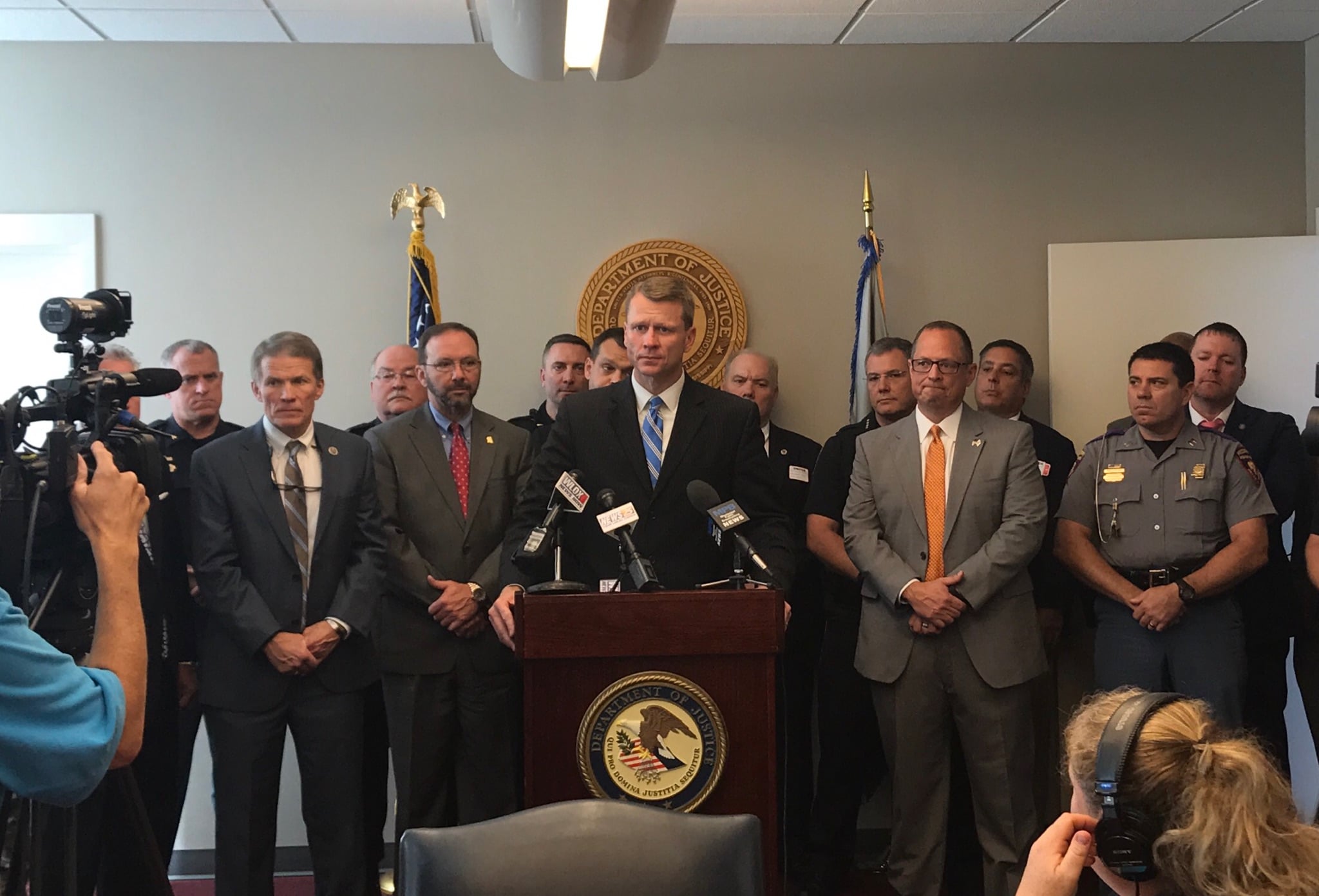 A new initiative was announced this morning called PROJECT EJECT that is intended to tackle the violent crime in the city of Jackson.

Known as PROJECT EJECT, the initiative is designed as an enhanced violent crime reduction program that incorporates decades of experience in bringing various levels of law enforcement together with stakeholders in the community, with the overall goal of producing a long-term, meaningful reduction in and prevention of violent crime.

In the last two years alone, there has been a 7% increase in violent crime and a 20% increase in murders,” said U.S. Attorney for the southern district Mike Hurst.

Hust said that the initiative will involve over a dozen state, local, church, and community leaders and organizations including the Jackson Police Department, the Federal Bureau of Investigation, the Bureau of Alcohol, Tobacco, Firearms and Explosives, and many other federal, state and local law enforcement and community leaders

“We have a pretty simple message to those who violate our laws, we are going to arrest you immediately, we are going to seek detention,” Hurst said. “We are not going to give you a deal where you will get out anytime soon. When you go to federal prison, there is not going to be any parole, and you’re probably going to serve your sentence away from Mississippi.”

Hurst said that they want there to be real consequences for committing a crime in the city of Jackson again.

Hurst added that they want to empower Jackson to expel the crime from the communities and make the Capitol City safe again.

“We can’t arrest your way out of the violent crime problem that we have here in the city of Jackson,” said Hurst.

He added that the goal of PROJECT EJECT is to reduce violent crime and make Jackson neighborhoods safer for all to enjoy.

Part of the project will include discussions with the public and encouraging communities to help law enforcement in this effort, as well as communicating to the criminals that they will be prosecuted and punished for gun crimes and violent crimes.

“But, there is hope in all of this,” Hurst said. “To those terrorizing our neighborhoods, put down your illegal guns and obey the law, and you can live as law-abiding citizens with us in our communities.  And, if you do break the law and are ejected, know that there is grace at the other end. After you serve your sentence, you can choose to be rehabilitated, follow the law and re-enter society.  The ultimate goal of PROJECT EJECT is a safer Jackson for all of us.”

Hurst said the project will also seek to support locally-based prevention, rehabilitation and re-entry efforts, to stop violence and crimes before they occur and to help those who have been punished to return to society as law-abiding citizens.

PROJECT EJECT is comprised of approximately a dozen agents and task force officers from various federal and state agencies who interact on a daily basis with the Jackson Police Department to identify and respond to violent crimes when they occur in Jackson.

Cases arising from these crimes are then presented to the U.S. Attorney’s Office for prosecution.

Hurst said that over the next few months, PROJECT EJECT will seek to hold town hall meetings to educate the public and solicit input, conduct media campaigns to raise awareness of the project and its consequences to would-be criminals, and grow and strengthen the partnership between the project and its stakeholders in the community.

“If we expect Jackson and the surrounding metropolitan area to be a viable option for our children and their future, then we need to work diligently to reduce not only violence in general but violence committed with a firearm,” said Christopher Freeze, Special Agent in Charge of the FBI’s Jackson Division. “We will leverage the full resources of the FBI to provide a long-term solution to dramatically reduce violent crime in the city of Jackson, and create a safer place today and for our children in the future.”

“Ensuring the safety and security of our residents in the city of Jackson, Mississippi is a priority for ATF,” said ATF Special Agent in Charge Dana Nichols. “We are proud to partner with local law enforcement, our federal partners, the United States Attorney’s Office, and the community on this violent crime initiative. Project EJECT is another example of how by working together, law enforcement and the community, we can truly make a difference in the city of Jackson.”

Lawmaker: general bills should be addressed every other year