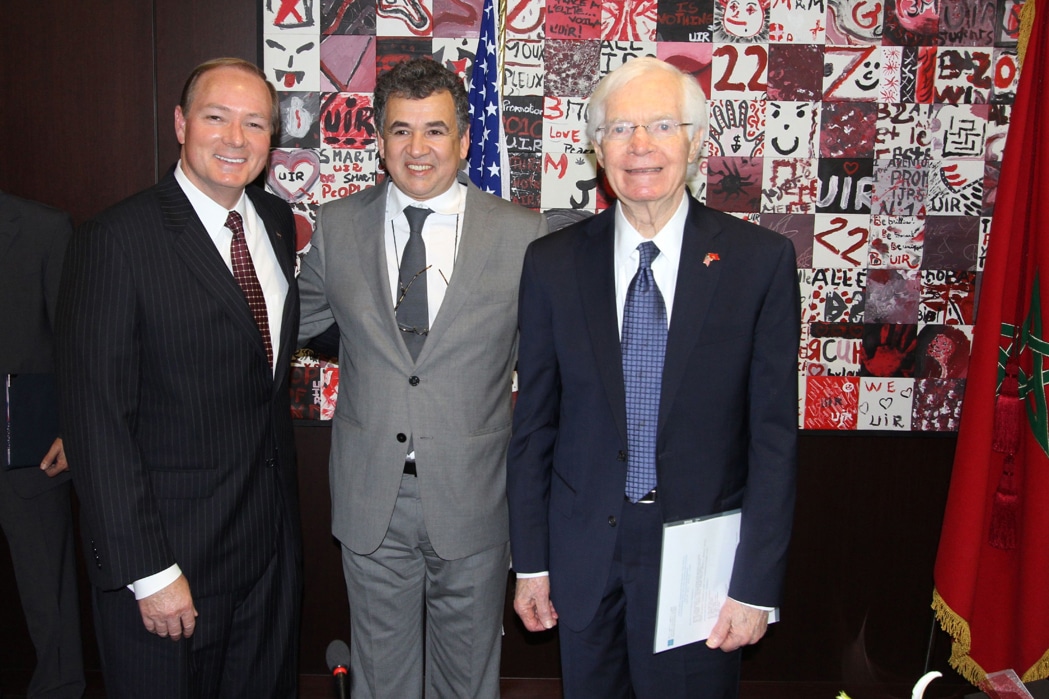 U.S. Senator Thad Cochran and Mississippi State University President Mark E. Keenum were part of a recent U.S. delegation to Morocco that explored U.S.-Morocco relations and their implications across the African continent, as well as ways to grow beneficial partnerships.

The visit provided insight into Morocco’s changing political and economic landscape, as well as U.S.-Morocco cooperation in the areas of commerce, education, economic development and humanitarian assistance. During the visit, Cochran and Keenum met with officials from Université Internationale de Rabat (UIR), which has a nationally-recognized partnership with Mississippi State to provide academic programs in aerospace and mechanical engineering.

“The United States has an interest in improving economic, educational, and security ties with Morocco and other North African countries. I was pleased to take part in the discussions,” said Cochran, chairman of the Senate Appropriations Committee.

In addition to Keenum, five other MSU representatives were part of the visit to Morocco. MSU and UIR launched a program in 2015 that allows Moroccan students to study at Mississippi State and earn a diploma of engineering from UIR and bachelor’s and master’s degrees from MSU. Since the program’s launch, the two universities have continued to explore other academic partnerships and research collaborations.

“This visit represents an excellent opportunity for Senator Thad Cochran to get a first-hand look at the work Mississippi State is doing in this important international collaboration with our academic colleagues in Morocco,” said Keenum, who was named Honorary Consul to the Kingdom of Morocco in 2015. “Our hosts in Morocco were particularly impressed to receive an official visit from such a high-ranking official in the U.S. government as Senator Cochran.”

Earlier this year, the MSU-UIR partnership received the Institute of International Education’s Andrew Heiskell Award for International Partnerships. The collaboration between the two universities is now featured as a “best practice” in international education by the IIE. Since the academic program began, Morocco has become one of the top 10 countries sending students to MSU, allowing for increased cultural exchange between students at both universities.

MSU and UIR’s relationship began based on complementary strengths in the field of engineering and has expanded to include collaborations and exchanges that will enhance education and economic development in both Morocco and Mississippi. Partners also are working to develop teacher education programs and redesign workforce training in automotive, aerospace, agriculture, forestry and environmental management sectors.