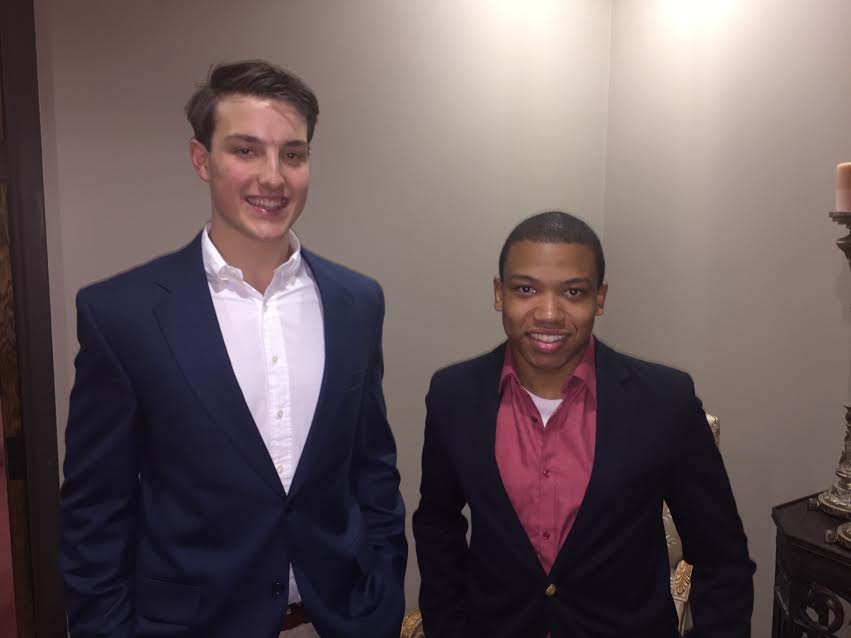 UNION- In the small school town of Union is the Union School district. Recently receiving a top ranking for it’s elementary school, now they celebrate two seniors headed off to Ivy League colleges.

Out of the 60 seniors in the 2017 graduating class, two of them prepare to attend Harvard and Columbia University.

Senior Josh Walton said going to Harvard has been his dream since he was little.

“I remember asking my late grandmother, ‘so what kind of grades do you have to get to get into Harvard, do you have to have like all 100’s?’ and she said ‘yeah,'” said Walton.

Walton said he wondered if his dream would ever come true since he was from a small town and wasn’t in as many AP classes as other applicants from across the U.S. But when he received an acceptance letter and those worries were cast aside.

For Noah Winstead he said he has been aiming for Columbia University for some time now, even adding in some extra reading and practice courses to bump up his resume.

“It was always a dream of mine to go to an Ivy League school. I started reading a lot, doing a lot of ACT practice tests and doing what I needed to to get in,” said Winstead.

Winstead said his least favorite part was the waiting. After filling out applications and paying all of the fees he said he waited nearly four months before hearing back on where he would be for his collegiate career.

“I was in the gym and I opened the decision letter and a video popped up and it was playing the Columbia fight song and it said congratulations, you’re in,” said Winstead.

Noah is planning to be an entrepreneur in the field of nuclear energy, so he will be studying science and mathematics in the fall. Josh is going the pre-med route, with an emphasis on government.

Union has seen students with the capabilities of these two in the past but Superintendent Lundy Brantley said they are very excited to see Noah and Josh choose this path.

“We serve around 1,030 students, pre-k through 12, it’s mostly rural and we do fluctuate a little bit being as small as we are,” said Brantley.

Union ranks as the number 8 school district in the state and the composite ACT score from the 2016 senior class was 20.7 which is only a tenth of a point from the national average.

Brantley said for Union it isn’t just about grades and ratings, the community is the school. Staff, teachers and parents work together to build up strong academic students, who are good people as well.

“These two kids, Noah and Josh, I know we see their academic and extra curricular accolades, but the thing I like the most about them is that they are good Christian young men, they are good people. That is what will really carry them,” said Brantley.

MDOT reschedules bridge repair on I-20