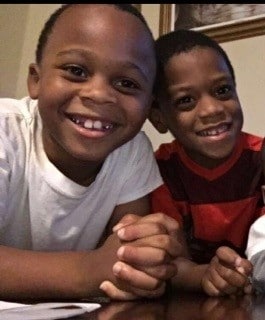 UPDATE: The Mississippi Bureau of Investigation has canceled the Endangered/Missing Child Alert two Holmes County boys after authorities say the children have been found and are safe.

The Mississippi Bureau of Investigation has issued an Endangered/Missing Child Alert for 6-year-old Dayshun Elton and 7-year-old Ke’Terrance Lashun Williams of Lexington in Holmes County. 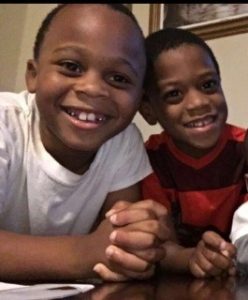 Both were last seen wearing khaki pants and light blue polo shirts. They were last seen early Tuesday in the 2700 block of Love Road in Lexington. They may be accompanied by 27-year-old Quianna Thurmond and 31-year-old Antonio Washington in a black Buick Rendezvous.

If anyone has information regarding the whereabouts of Dayshun and Ke’Terrance Williams, Quianna Thurmond or Antonio Washington contact the Holmes County Sheriff’s Department at 662-834-1511.