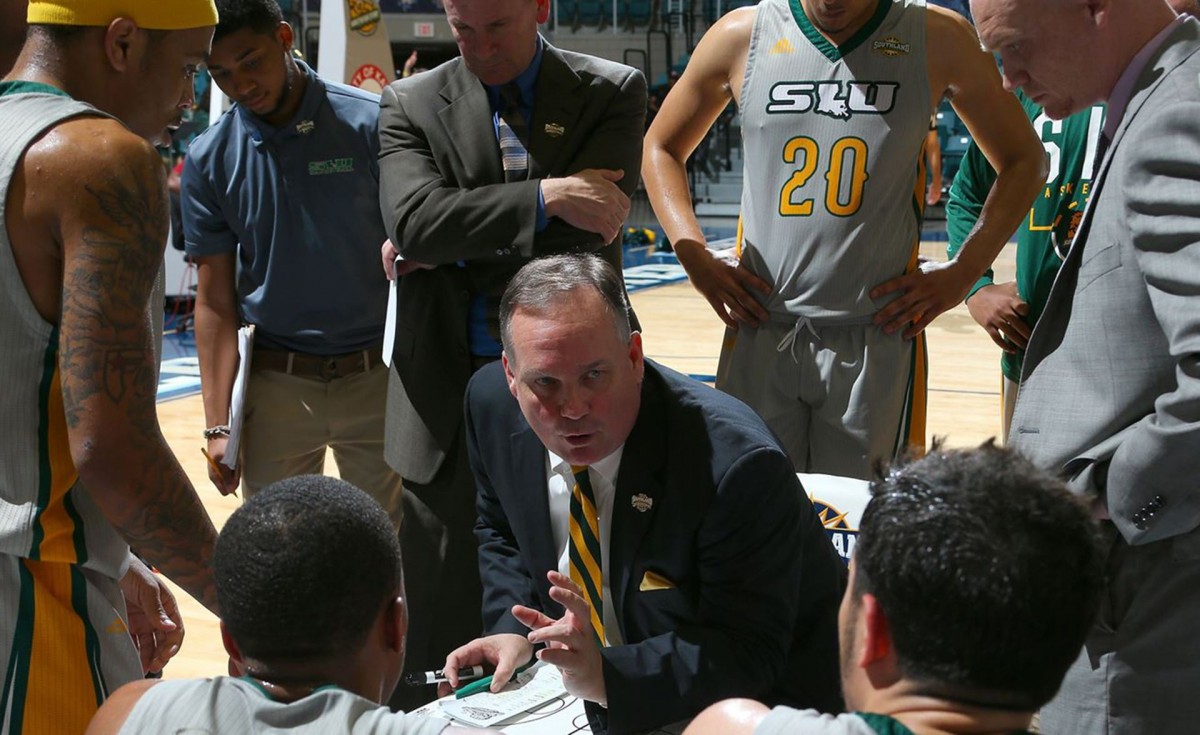 Jay Ladner played for the Golden Eagles from 1984-88, and he will now return to Hattiesburg as the head coach after spending the last 5 seasons at Southeastern Louisiana.

“This all happened so fast,” Ladner said. “What I can say is that dreams can come true. It’s so humbling to know the support we have on the journey we are about to embark on, laying a foundation that has pride, dignity and is destined for success. To be able to come home and coach where you’re from, it’s exciting. There’s no way I can properly thank all the people who have supported me throughout this process.”

Under Ladner’s leadership, Southeastern improved from nine wins his first year to win 12, 16 and 22 games in succeeding years before finishing this past season with a 17-16 record.

“We are thrilled to welcome Jay Ladner and his family back to Hattiesburg and Southern Miss,” McClain said. “Jay has proven throughout his career that he is a winner, elevating every basketball program with which he has been associated. We look forward to him leading and developing our student-athletes and taking our program to new heights.”

Prior to moving on to the college ranks, Ladner established himself as one of the top coaches in Mississippi high school basketball with a 511-189 record. Ladner spent time at St. Stanislaus (1992-2011) and Oak Grove (2012). He led St. Stanislaus to 10 state tournament appearances, including the 2011 title for which he was named the Mississippi Association of Coaches (MAC) Coach of the Year.

As a player, Ladner was a member of USM’s NIT championship team in 1987.