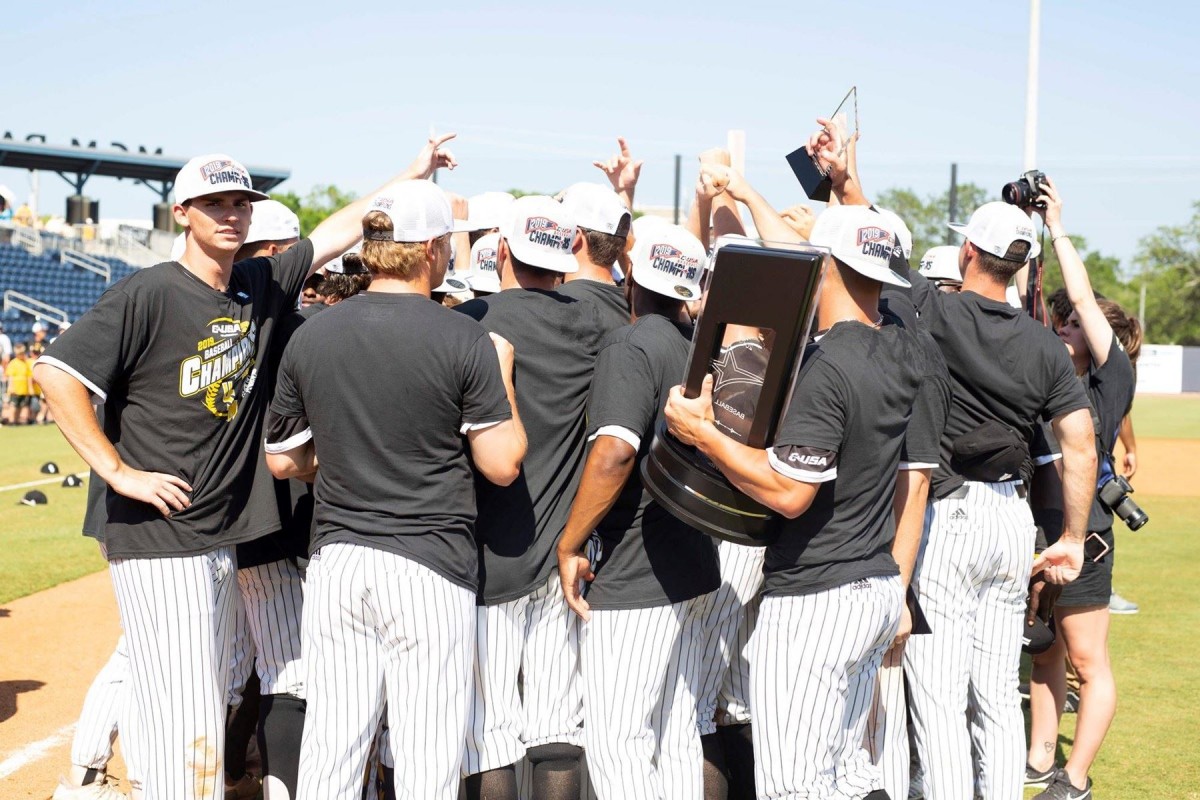 Southern Miss needed to win the C-USA Tournament to make it to their 4th straight NCAA Tournament, and today, they did just that with a 4-0 win over Florida Atlantic in the championship game.

Five different pitchers took the mound for USM, and the Golden Eagle pitching staff extended its string of scoreless innings to 19 while notching its second consecutive shutout to keep their season alive.

“We talked in our pregame meeting: Let’s leave no doubt for the committee,'” Southern Miss coach Scott Berry said. “Let’s go ahead and get this thing done. Let’s pick up where we left off (Saturday), and that’s what our guys did.”

At the plate, Southern Miss pushed across a single run in the second inning on Danny Lynch’s RBI single, then made it 3-0 in the third inning on a Matt Wallner check-swing blooper into left field and a groundout by Cole Donaldson. Lynch scored the final run of the game on a Matt Guidry RBI single in the seventh inning.

The Golden Eagles (38-19), who finished runner-up to the Owls (40-20) during the regular season, beat FAU for a second consecutive year in the postseason title game. It marked the first time Southern Miss had won back-to-back postseason baseball tournaments.

“This was a new season, and we were starting over,” said Wallner, who was named tournament’s Most Valuable Player. “We had to get back to the team I know we can be, and that’s what we did this week.”

Southern Miss will find out where they will be heading when the regionals are announced on Monday.