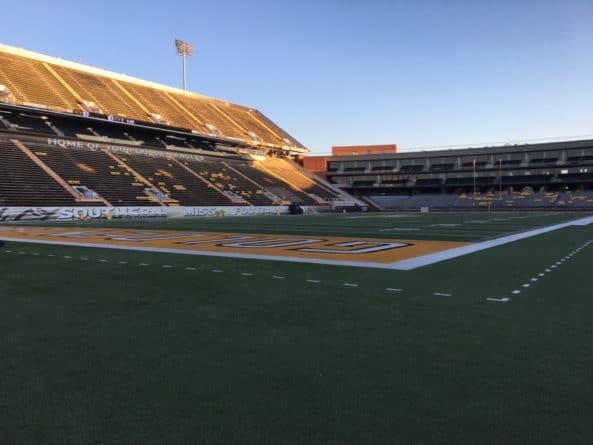 Southern Miss continues to prepare for the 2018 season, but for now, they’ll have to move forward without their potential starting quarterback.

In a statement, Southern Miss confirmed that senior QB Kwadra Griggs has been suspected “indefinitely”.

Griggs battled several injuries in 2017 which limited him to seven starts, but in those seven starts, he threw 16 touchdowns against just 2 INTs. While Griggs was out, Keon Howard stepped and gained valuable experience which could’ve helped USM in a time like this, but Howard has since transferred to Tulane.

At USM’s media day over the weekend, head coach Jay Hopson stated that Abraham currently holds an edge in the QB battle. The head coach did go on to praise both Rodriguez and Whatley for their progress in camp as well.

When it comes to Griggs, Hopson didn’t expound on what led to the suspension, but he told reporters that he still supports his QB.

“He’s one of my sons and I love him to death,” Hopson said. “That’s all I’m going to say about that. I love the kid.”