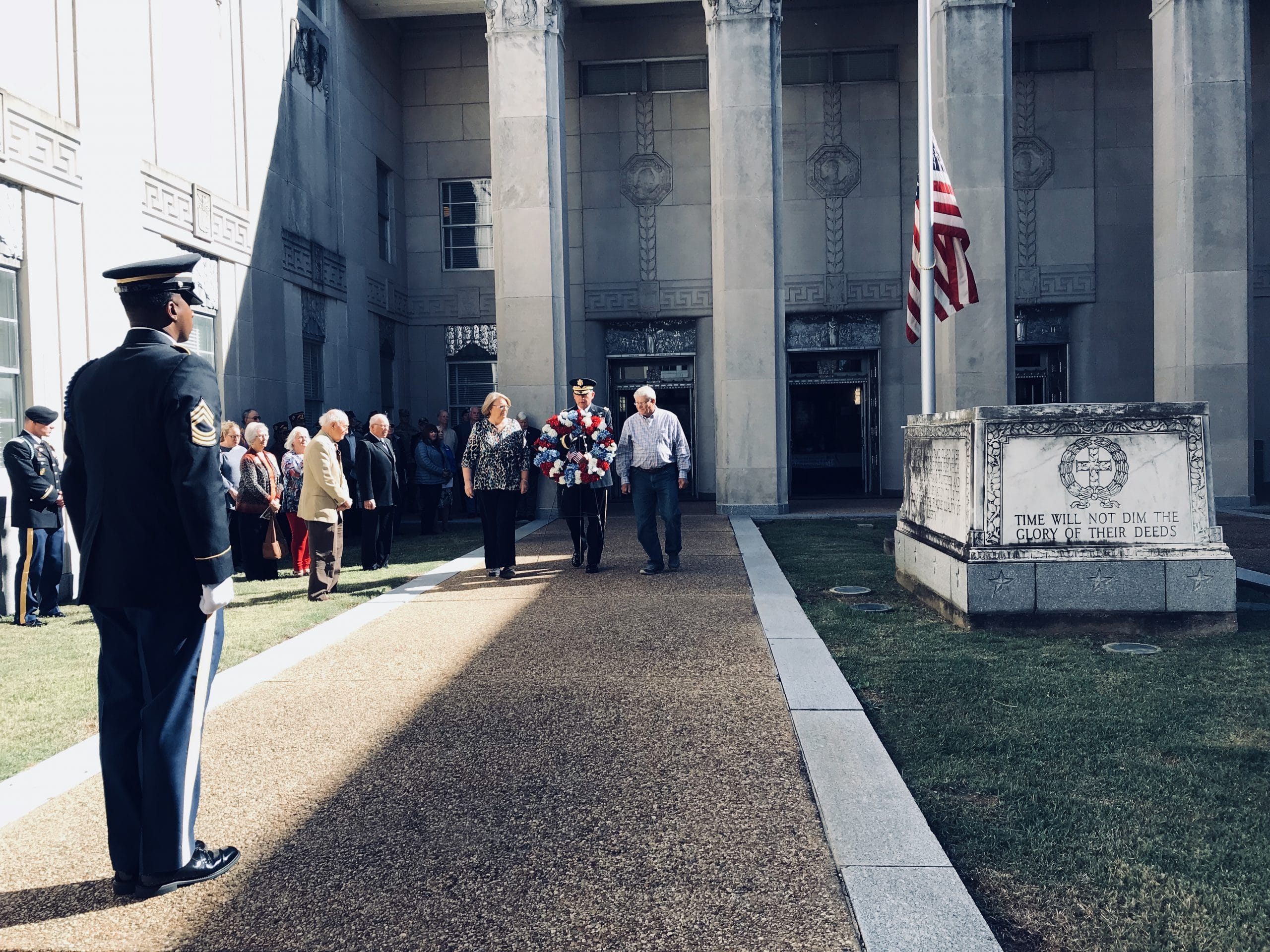 On Friday in Jackson veterans, family and friends gathered at the War Memorial in downtown to honor those who have served and continue to serve our country.

The ceremony, which is usually held on Nov. 11 every year, began with a playing of the National Anthem by the 41st Army Band and the Pledge of Allegiance led by Mr. John Emory, 31st Infantry “Dixie” Division.

General Boyles and other service members were joined by Gold Star Family, Buck and Ellon Stovall who lost their son in August of 2004. Second Lieutenant Matt Stovall, was killed by a roadside bomb while he was serving overseas. They were escorted by General Boyles after the Keynote Address, outside to the courtyard, where the family participated in the Laying of the Wreath.

In conclusion to the ceremony Tomb Guards fired off shots to honor those who have lost their lives in the line of duty, as Taps, played by the 41st Army band, rang out in the courtyard.