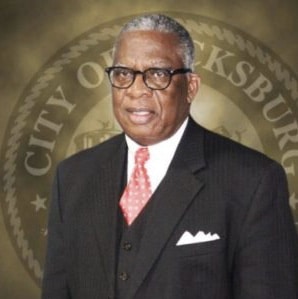 Vicksburg’s Mayor George Flaggs says he will soon switch his party affiliation from Democrat to independent.

“On March the 20th I am going to declare myself as an independent with the Secretary of State’s Office and the clerk’s office with the City of Vicksburg,” Flaggs said. “However, I have no intention of running for the United States Senate.”

Mayor Flaggs said that changing his party affiliation will allow him to work across party lines.

“I am not burning any bridges with the Democratic party,” Flaggs said. “I have served as a Democrat for 30 years and I am proud to have been a Democrat, but I think that moving forward for the future I need to be placed in a position where I can be much more effective by being able to work with the White House.”

While Flaggs said that he will not seek a seat in the U.S. Senate he said that if he decides on campaigning for another office he would make his decision on May 7th at noon.

“I will say this, I feel like I am better suited for state government because of my legislative experience and my municipal experience,” Flaggs said.

Flaggs added that he is proud of his reputation for working with people in each party.

“I believe in building relationships to prosperity by networking,” Flaggs said. “That means that whoever is in the Presidential office or the Governor’s office I think it is common sense for me to try to work with them.”