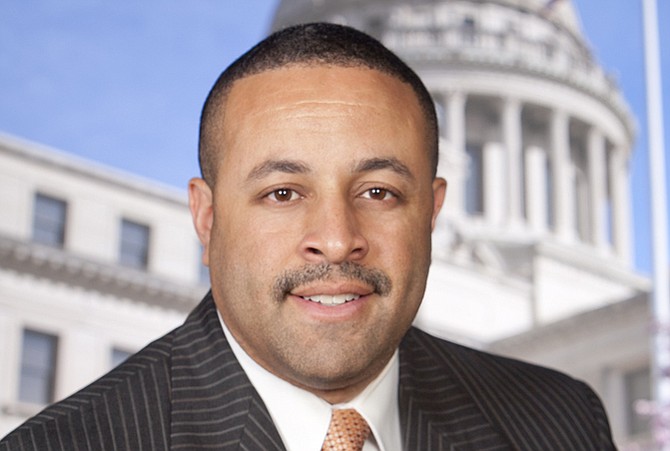 The mayor of the city of Clarksdale is taking a proactive and unconventional approach to revitalizing his city.  Mayor Chuck Espy is offering up to $10, 000, out of his own pocket, to criminals.  The message:  “Take the money and get out!”

Espy said the idea is part of a corrective action plan to reduce crime in Clarksdale.  He said there are five points to the roll-out plan which include no tolerance, preservation of life, rehabilitation, intervention, and moving assistance for any would-be criminals living in the city.

Espy said now is the time to double-down on their efforts.  “As we move closer to the summer months, we are talking directly to three groups of people; drug dealers, gang members, and any wannabe criminals in the city of Clarksdale.  We want you to know, and I am telling you directly as Mayor of the city of Clarksdale, we are inviting you to leave this town now.”

Police Chief Sandra Williams said six months ago, an assessment of the police department was made to determine what actions needed to be taken to make the city safer.  As a result, more personnel have been hired to assist in their efforts.  Williams said, “We have no tolerance for crime.  If you are caught committing a crime within the city, you will be prosecuted to the fullest extent of the law.”

In addition to law enforcement, the mayor has also enlisted the help of Reverend John Givins, Chaplin of Clarksdale.  Givins says “We encouraged them to stay in our city and become great citizens. We will also be putting an etiquette class in place for these people along with skill sets to prepare them for jobs coming to the city of Clarksdale.”  Givins continued by saying, “If they don’t want to stay, they need to leave, because we’re going to unify this city as one great city.  But, we encourage them to stay and become great citizens and we’ll do everything we can to prepare them.”

Mayor Espy said “I will put money on the line to assist those types of people to move out of the city.   We’ll have some benchmarks that they must show, but we’ll help them with leasing opportunities in other cities.”

Espy said the program is designed to ensure his city is ahead of the curve by making an all-out effort to provide safety to their citizens.  “We are asking these criminals to leave, but if they would like a second chance, we will help them.”