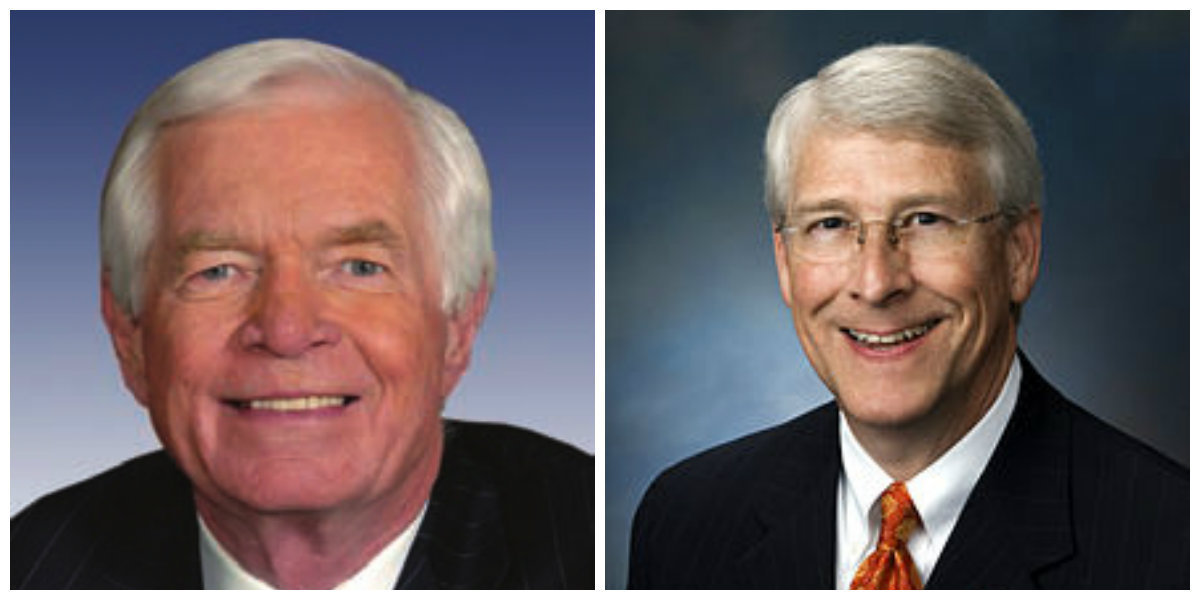 Senator Thad Cochran is officially retired. April 1st was Senator Cochran’s final day as a U.S. Senator serving the state of Mississippi and fellow Senator Roger Wicker honored Cochran saying that he is leaving behind a legacy of historic milestones.

I have been fortunate to know Thad Cochran and his family for most of my life.  We share the same small hometown of Pontotoc, where we were both born at the Rayburn Clinic.  Years later, as a young college student, I knocked on doors asking people to elect him to Congress.

That election in 1972 was merely the beginning of an exceptional public service career that has spanned more than 45 years.  After six years in the U.S. House of Representatives, Thad Cochran would go on to fill the seat left vacant by James Eastland in the U.S. Senate.

Since then, Sen. Cochran has become an instrumental figure in the upper chamber, rising to some of its most powerful positions – Chairman of the Agriculture Committee and Chairman of the Appropriations Committee, to name just two.  As he embarks on this well-earned retirement, I am grateful for the unwavering commitment he has shown to the people of Mississippi and for the remarkable opportunity I have had to work with him in the Senate.

Sen. Cochran, known as the “quiet persuader,” has built an extensive record of accomplishments.  High among them is the delivery of key disaster assistance funds to the Gulf Coast in the wake of Hurricane Katrina.  More recently, he joined me in sponsoring the “RESTORE Act” to revive the coastal economies and ecosystems that were hurt by the Deepwater Horizon oil spill.  We have joined forces to protect U.S. catfish against unsafe imports, supported Mississippi’s strategic role in national defense, and consistently looked out for our state’s rural communities.

In the process, Sen. Cochran has become part of an exclusive group, adding another Mississippi name to the top 10 list of longest-serving Senators in the history of our republic.  Sen. Cochran ranks tenth on that list, and the late Sen. John Stennis ranks seventh, having served 41 years. Sen. Cochran is also one of only a handful of Senators who have cast more than 10,000 Senate votes.  He has actually surpassed 13,000.

It is fitting that Sen. Cochran has reached so many milestones during his four decades in the Senate.  His very election to the chamber was itself a historic moment, in which he became the first Republican to win a statewide election in Mississippi in over a century.

This speaks volumes about the confidence that Mississippians have had in Sen. Cochran to work on their behalf in Washington.  Ever the statesman, Sen. Cochran has been able to find solutions without bombast or attention. His diligence, resolve, and leadership speak for themselves, and they have done so throughout his life – as an Eagle Scout, class valedictorian, varsity athlete, and top law student.

On March 22, I joined my colleagues on the Senate floor to say a few words honoring Sen. Cochran.  I quoted this line from the American poet Henry Wadsworth Longfellow: “Lives of great men all remind us / We can make our lives sublime, / And, departing, leave behind us / Footprints on the sands of time.”  Sen. Cochran has left indelible footprints on the Senate, on our state, and on this great country. He will be greatly missed in the halls of Congress, but the example he has set is sure to remain for generations to come.