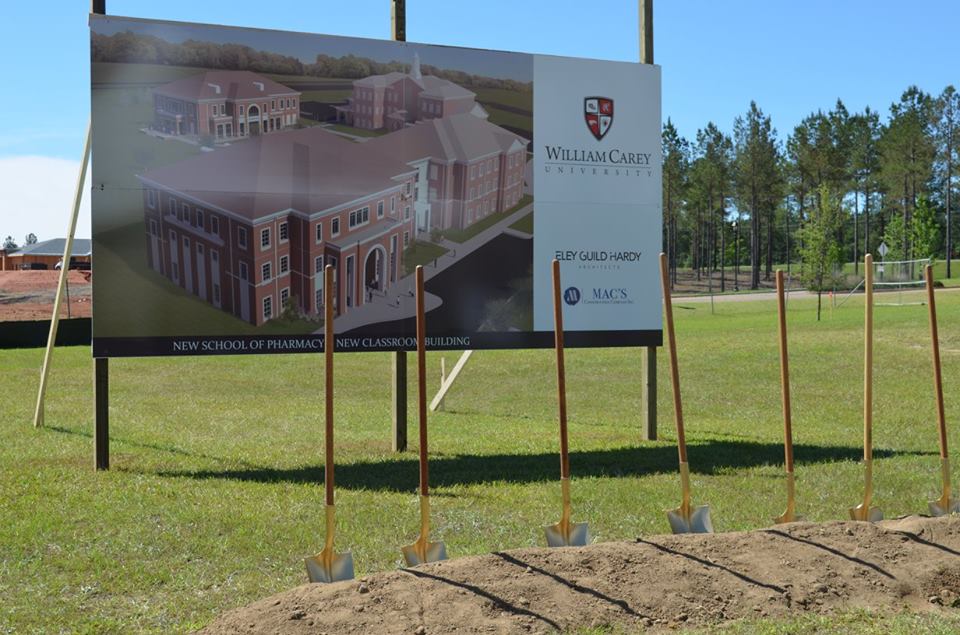 William Carey University has officially broken ground on their pharmacy school, set to open next year.

The university said the pharmacy school will open on the Tradition campus in August of 2018 pending accreditation.

Governor Phil Bryant was part of the groundbreaking ceremony.

The school will certify 60 new pharmacists with each new graduating class.

Dr. Mike Mallory is the founding dean of the new school of pharmacy.

“This has been in the works for two years,” said Mallory. “It will be the only pharmacy school on the Mississippi Gulf Coast, and the second pharmacy school in the state.”

The school will offer an accelerated program, obtaining a doctorate in pharmacy in just over 2 years instead of four, followed by ten months of clinicals.

“You would go to school year round,” said Mallory. “So you finish faster, but you won’t have the respite of rest in the summer. I tell students that school would be their jobs.”

The 30,000 square foot facility will hold state of the art equipment and technology to prepare students for their pharmaceutical careers.

Primary elections are tomorrow, are you ready to vote?