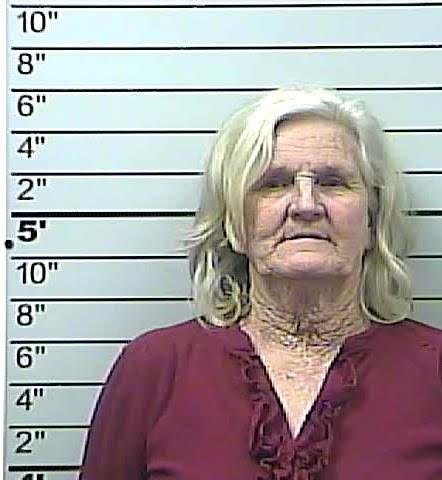 A Saltillo woman was sentenced to 10 years in prison and ordered to pay thousands in restitution for taking advantage of a vulnerable adult.

Whaley appeared before Judge Thomas J. Gardner, III, in Lee County Circuit Court on April 12 for one count of Embezzlement. She was also ordered to pay $1,000 in fines, $200 for investigative costs and $100 to the Mississippi Crime Victim Compensation Fund.

Whaley and her daughter, April Whaley were arrested on February 13, 2014. Along with the embezzlement charge, Dorothy Whaley was charged with exploitation of a vulnerable person and at the time of the crime was the caretaker for a woman with dementia. The mother-daughter duo took approximately $162,000 from the victim’s checking accounts and retirement savings. She also quit-claimed two of the victim’s properties to herself. The value of that real estate exceeded $200,000.

In Dorothy Whaley’s first trial the jury failed to reach a verdict on the exploitation count, but she was convicted of embezzlement. She voluntarily re-conveyed all the real property.

In August of 2016 April, the daughter, entered a guilty plea and was sentenced to serve one year in prison and ordered to pay $33,000 in restitution after her conviction of exploitation of a vulnerable person.

“It is truly tragic when a caretaker, like a parasite, preys on his or her vulnerable charge, and I thank Judge Gardner for sentencing this defendant to pay full restitution, and time to serve in prison,” Attorney General Jim Hood said.

Affected by severe weather in 2017? You could get a break from the IRS