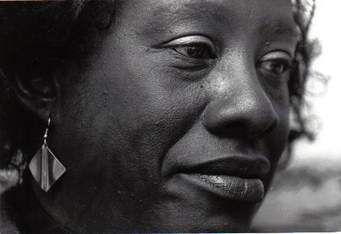 Everyone has a story, but oftentimes we don’t know the story until it’s too late.  That is how I felt when I heard of the passing of 86-year-old Unita Blackwell.  I’ve lived in Mississippi for over 20 years and have never heard her name.

Sadly, a person’s story can go unnoticed, or even forgotten over time. But after what I have learned today, Unita’s contribution to our state should, and must, live on.

Unita Blackwell was the first black female mayor in Mississippi, serving from 1976 to 2001, and an icon in the civil rights movement. She helped to organize voter drives for African Americans across the state and was arrested over 70 times for her efforts.  She also advised six U.S. Presidents.

But, who was she?

Unita was born in 1933, in Lula, Mississippi, to a family of sharecroppers.  Over the next several years of her life, she moved often.  During much of her young life, she chopped cotton in Mississippi, Arkansas, and Tennessee.  She finished her eighth-grade education in Arkansas but had to quit school to help support her family.

In her late 20’s, Unita married Jeremiah Blackwell, a cook with the U.S. Corps of Engineers.  The couple, who later gave birth to a son, settled in Mayersville, Mississippi, where she became involved in the civil rights movement beginning in 1964.

She and seven others, which included her husband, tried to take a test which was required to register to vote.  Only two were allowed to take their test.  Unita and her husband were not among them; instead, the couple was fired from their jobs because of their attempt.  Over the next few months, Unita tried to pass the test three times, finally succeeded, and became a registered voter by fall.

According to the Harvard Kennedy School Institute of Politics, Blackwell was elected as the first mayor of the town of Mayersville, Mississippi in 1976, becoming the first black woman mayor in Mississippi. In April 1990, she was elected as the first woman president of the National Conference of Black Mayors. Also in 1990, Blackwell was selected as the only woman and African-American finalist for the John F. Kennedy “Profiles in Courage” award. Blackwell is credited with founding the Mississippi Democratic Freedom Party along with Fannie Lou Hamer. In 1964, she helped organize the challenge to Mississippi’s all-white delegation at the Democratic National Convention. She is also a founder and immediate past chair of the NCBM’s Black Women Mayor’s Caucus, was a life member of the National Council of Negro Women, former vice chair of the Mississippi Democratic Party, and a member of the executive committee of the Mississippi Municipal Association.

In 2016, she was honored with a Mississippi Freedom Trail marker.

This story does not do her legacy justice, but I think her efforts could be traced to a lesson she learned at a very early age.  In an interview, Unita said she learned from her grandmother, “If you don’t stand for something, you’ll fall for anything”.

In the end, I hope this brief history of Unita Blackwell and her impact on this world can teach us all something about doing the right thing and standing up for what we believe in.

To hear Unita’s story, in her own words, listen to a “Conversation with Unita Blackwell”, produced by Rutherford Living History, a part of the Southern Rural Poverty Collection.