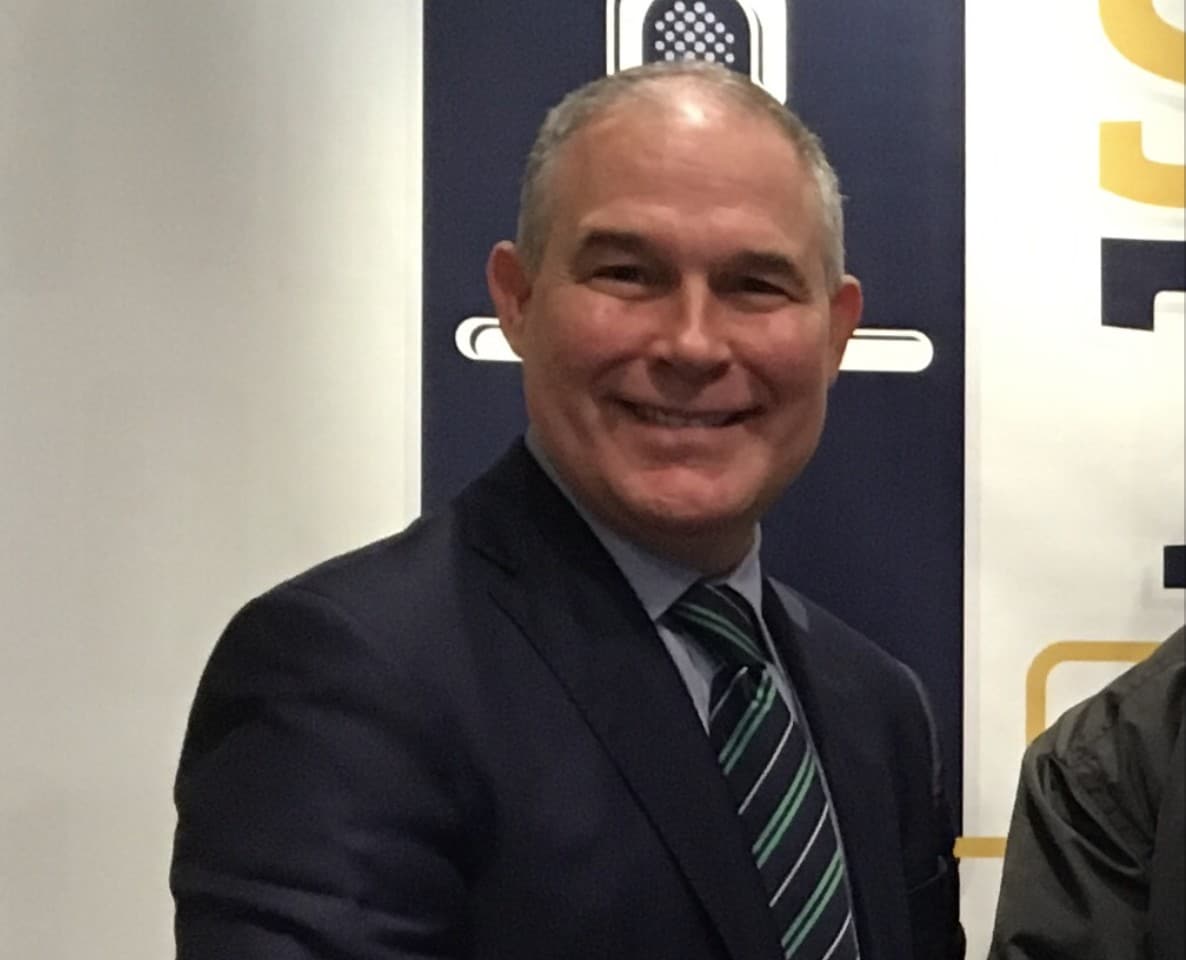 “I have accepted the resignation of Scott Pruitt as the Administrator of the Environmental Protection Agency. Within the Agency Scott has done an outstanding job, and I will always be thankful to him for this. The Senate confirmed Deputy at EPA, Andrew Wheeler, will on Monday assume duties as the acting Administrator of the EPA. I have no doubt that Andy will continue on with our great and lasting EPA agenda. We have made tremendous progress and the future of the EPA is very bright!”

Since he was named as the EPA Administrator, Pruitt ventured to Mississippi twice, and most recently, attended the Delta Council meeting in early June. He had also traveled to Mississippi in October 2017 to help announce the agency’s decision to overturn the Clean Power Plan.

Back in April, Pruitt and the EPA announced the approval of approximately $26 million for Gulf Coast restoration activities in Mississippi.

When he was in Mississippi back in June, Pruitt brushed off criticism that he had already begun to receive relating to spending practices at the EPA.

“When you look back historically, what President Trump is doing and what each of us are doing, as far as affecting change, it’s very similar to what was happening back in the Region administration. You saw similar efforts being made by those who oppose the changes,” he said.

Pruitt was no stranger to having his name in the headlines, and Governor Bryant showed him support when reports questioned his practices at the EPA before the latest and most significant reports surfaced.

The president is standing behind @EPAScottPruitt and I am standing with the president. #MAGA https://t.co/3sco2S49gD

According to Fox News, Pruitt is now facing 13 federal inquiries into his spending and management practices.

Among others, Fox News’ report details several of the most unusual accusations brought against Pruitt during his time as the head of the EPA including the purchase of a $43,000 soundproof booth for making private phone calls. Pruitt also reportedly demanded 24-hour-a-day protection with armed officers, resulting in a 20-member security detail that demanded overtime budgets and racked up expenses of more than $3 million.

In his letter to President Trump, Pruitt did not address these concerns but did state that personal attacks on his family were part of the reason that he is stepping down.

“It is extremely difficult for me to cease serving you in this role first because I count it a blessing to be serving you in any capacity, but also, because of the transformative work that is occurring,” Pruitt wrote. “However, the unrelenting attacks on me personally, my family, are unprecedented and have taken a sizable toll on all of us.”

During his time at the EPA, Pruitt’s main focus was cutting Obama-era regulations, and while in Mississippi, he stated that they had saved over $1 billion by cutting unnecessary regulations.