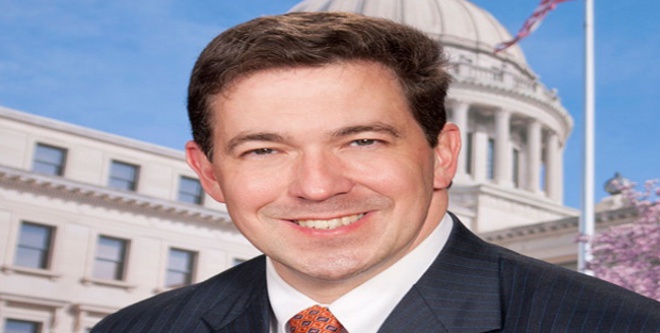 HATTIESBURG, Miss.–Even though groups like the Tea Party Express and Freedom Works, which supported state Sen. Chris McDaniel’s bid for U.S. Senate, conceded that Sen. Thad Cochran won Tuesday’s Republican run-off, McDaniel did not in his speech, which seemed filled with anger toward the Republican establishment.

What was expected by some to be a concession speech was delivered about 10:30 Tuesday night at the Hattiesburg Convention Center.

“There is something a bit unusual about a Republican primary that’s decided by liberal Democrats,” he said in the 8 and one half-minute speech. He was referring to claims that Cochran supporters and his campaign encouraged Democrats who did not vote in the June 3, primary, to vote for Cochran in the run-off, which is legal in Mississippi.

McDaniel supporters inferred throughout the weekend and the first part of the week that malfeasance may have been involved.

“So much for bold colors, so much for principal. I guess they can take some consolation in the fact that they did something tonight by once again compromising. By once again reaching across the aisle. By once again abandoning the conservative movement.”

That drew cheers from the crowd.

“This is not the party of Reagan, but when we’re done fighting, it will be.”

He did not mention Cochran’s name during the speech. While the incumbent senator had pledged to support McDaniel, had he been the victor, McDaniel would not reciprocate. He did not pledge support for Cochran Tuesday and seemed to imply that action might be forthcoming in a possible challenge to the election.

“Before this race ends, we have to be absolutely certain that the Republican primary was won by Republican voters.”

You can hear the entire speech here: