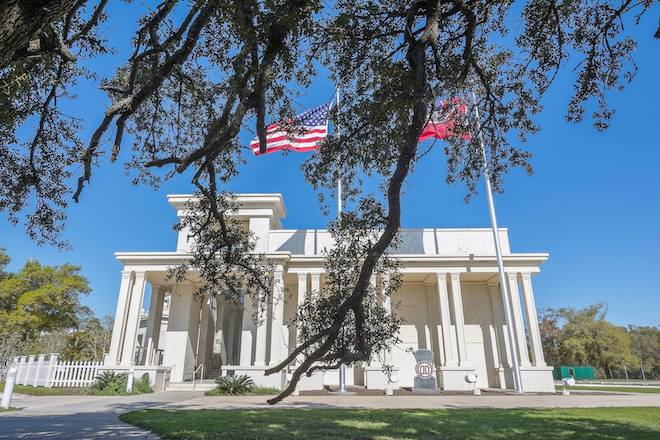 Beauvoir was the last home of Jefferson Davis, president of the Confederacy, and was the site of his retirement.

“On a scale of one to ten, I’d say it’s about a ‘one'” said Payne. “We let the [City of New Orleans] mayor’s office know some time ago that we were interested in obtaining the statues. We called, left voicemails, sent emails. We still want them, but they simply won’t get back in touch with us.”

The City of New Orleans is home to three statues commemorating Confederate heroes Lee, Beauregard, and Jefferson Davis. The city has taken down the monuments to Davis and Beauregard, as well as an obelisk memorializing the Battle of Liberty Place – an attempted insurrection by the Crescent City White League against the Reconstruction Era Louisiana state government on September 14, 1874.

Dr. Payne says it’s important to keep people from burying parts of our nation’s history: “Nobody in Mississippi is proud to say we owned slaves, but this is our history. We can’t turn away from it, we can’t bury it, we have to learn from it.”