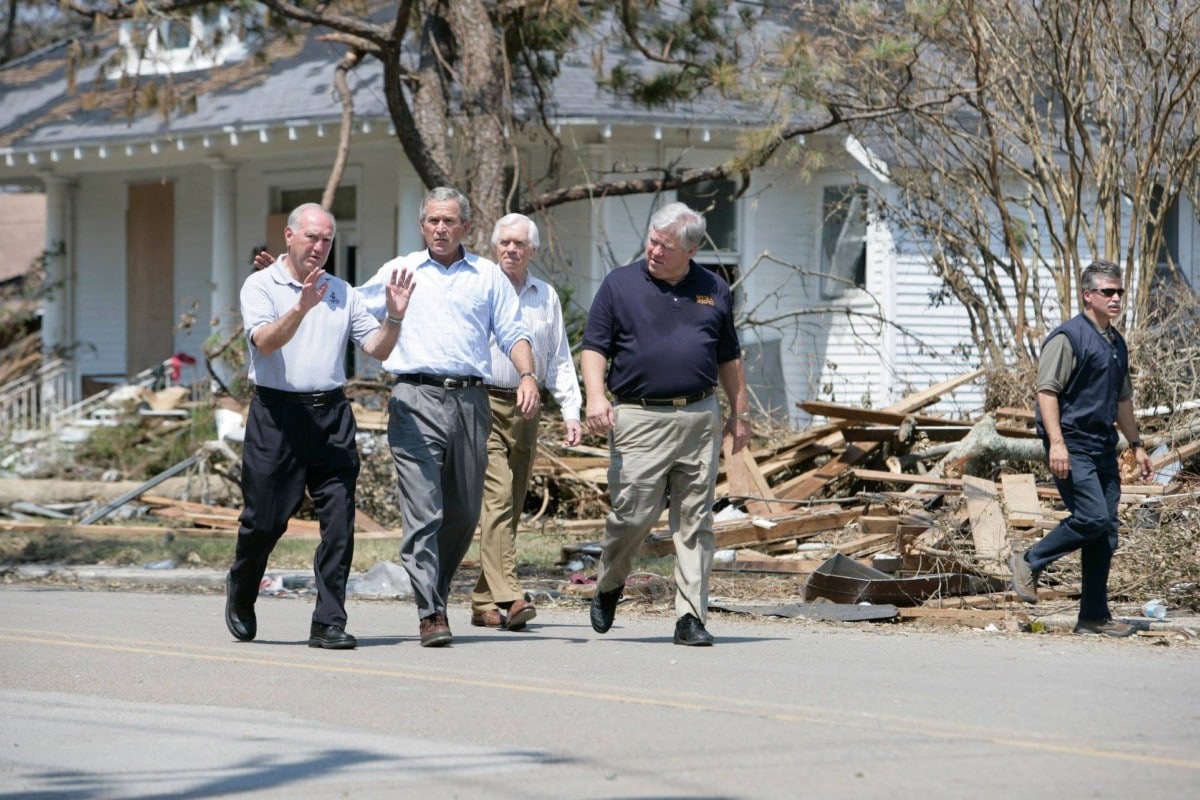 Photo courtesy of the White House.

Holloway moved to Biloxi as a teenager and attended Biloxi High School, where he was a football standout. He, then, accepted a scholarship at the University of Mississippi. At Ole Miss, he played in three postseason, bowl games and was a member of the 1960 National Championship team.

Following his time in Oxford, Holloway worked with the Biloxi Public Schools before accepting a job with the Mississippi Tax Commission. He decided to run for mayor in 1993 after one stint as a member of the city council. Holloway would win the race and retain the position up until his resignation due to health reasons in 2015.

Besides his longevity, Holloway became arguably the most influential mayor in the city’s history.

“He was a force,” current Biloxi mayor Andrew “FoFo” Gilich said. “He was always in it, and that smile was infectious.”

Coming on board one year after the legalization of casino gambling, Holloway’s watch over the industry resulted in the creation of over 15,000 jobs and over $6 billion in development. Tourism also took a drastic increase as it skyrocketed from 1 million annual tourists to as many as 10 million annual tourists.

Holloway also had many other achievements like tripling the size of the Biloxi fire and police departments, investing millions into the public school system and other municipal facilities around the city, but possibly the most vital achievement of the mayor’s tenure was his handling of Hurricane Katrina, the most detrimental natural disaster to ever hit the Mississippi gulf coast.

Holloway recommended a $92,000 investment in a business-interruption insurance policy two months prior to Katrina. This policy allowed the city to recoup $10 million in gaming revenue.

Holloway, who came into a version of Biloxi that was nearing the verge of bankruptcy, will always be remembered for revitalizing the city not once, but twice.

“He was a legend,” Gilich said.

Vincent Creel with the City of Biloxi announced that funeral arrangements have been set for Friday, June 8th from 9:30 a.m. to noon at Nativity BVM Cathedral followed by a Mass of Christian burial at noon. His Entombment will be at Southern Memorial Park in Biloxi.

Dez Dickerson on ‘In A Mississippi Minute with @SteveAzar’