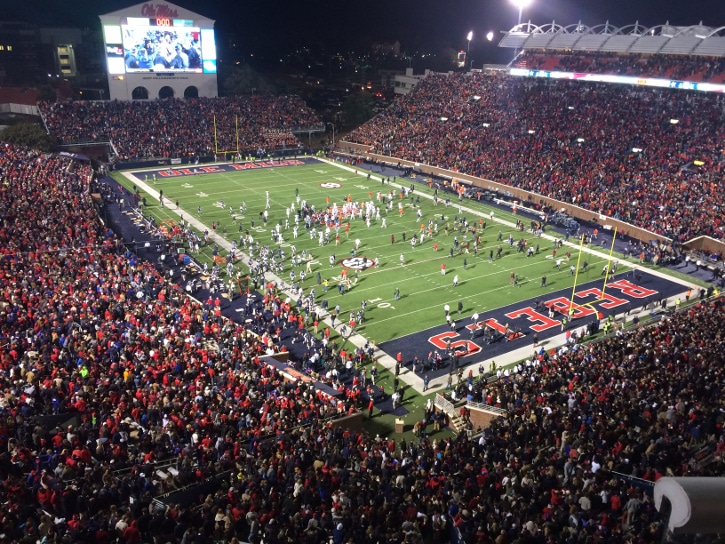 Ole Miss was defeated by the California golden bears 27-16 at Berkeley during the rebels’ first away game of the season.

During the second quarter, Shea Patterson made a second touchdown pass and became the first quarterback in the history of the school to have two games with two touchdown passes of 70 plus yards each.

Ole Miss led 16-7 at halftime, however the golden bears did not allow Patterson to score for the latter half of the game.

Early in the game, kicker Gary Wunderlich, was hurt with a hamstring injury and later on freshman kicker Luke Logan missed his first career field goal attempt from 48 yards.

The rebels will have a week to rest up before taking on the the Alabama crimson tide in Tuscaloosa on September 30th.